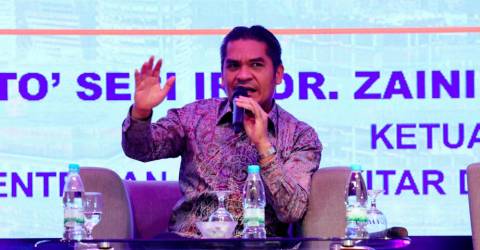 PUTRAJAYA: Malaysia is moving forward in tandem with other countries, thus providing space for its young people to hold important positions in various organisations and the government’s administration.

Senior Education Minister, Datuk Dr Radzi Jidin who said this, added that young people should be given opportunities and be educated in the best way possible towards creating generations of people with calibre in the future.

“When we talk about youth leadership, all of us need to play a role in teaching our children

“We must build a new generation that is more awesome than us,” he said at a forum titled, ‘Excellent Leadership’, held in conjunction with the Global Young Executives Forum 2022, organised by the Youth and Sports Ministry, here, today.

On the characteristics of a good leader, Radzi said the individual should be honest and sincere in shouldering the responsibilities, willing to listen and learn, besides articulating views that are acceptable based on priorities.

For example, in steering the Education Ministry so far, he said he had taken structured approaches that would have a positive impact in the long term to the school students.

“Change is one thing that is most feared by people, generally. That is why the leaders need to be brave in bringing change but it must be based on accurate information and the objectives must be clear,” he said, referring to the scrapping of the Ujian Pencapaian Sekolah Rendah (UPSR) and Pentaksiran Tingkatan Tiga (PT3).

He added that every change made by the Education Ministry, including scrapping the two examinations, were made through prior discussions and consultations with various stakeholders and not in a hurry, as claimed by some quarters. – Bernama