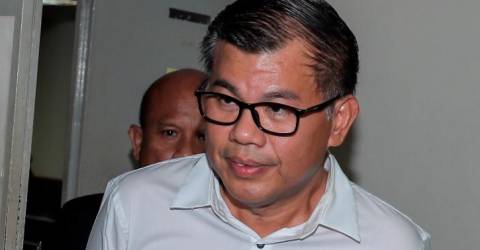 PETALING JAYA: Fugitive Malaysian businessman Tedy Teow Wooi Huat is expected to be deported to China to face the law.

Sin Chew Daily reported that Teow, who is a wanted man in Malaysia, China and Thailand, will be deported later today.

For now, Teow is still under the custody of Thai immigration authorities.

It was reported Sunday (July 24) that a Thai immigration officer confirmed that Teow’s visa has been revoked and would be deported after he was arrested in a raid conducted by Surachate on Friday.

The raid led to the police searching the MBI Group founder’s office in Sadao at the Thai-Malaysian border.