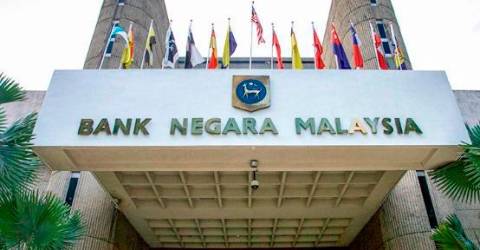 The central bank said that as at March 2022, the banks have maintained strong capitalisation levels, with excess capital buffers of RM125.5 billion.

The central bank added that the bank’s asset quality remained sound in March 2022 with overall gross and net impaired loans ratios remaining broadly stable at 1.5 per cent and 0.9 per cent, respectively.

BNM said the banks’ provisioning levels remained high, as banks continue to be prudent, with loan loss coverage ratio of 133 per cent compared to an average of 129 per cent in 2020-2021.

“Total provisions eased marginally to 1.8 per cent, as a share of total banking system loans, compared to 1.9 per cent in February,” said BNM.

On domestic financial markets, BNM said the conditions were tightened, following the increase in 10-year Malaysian Government Securities (MGS) yields by 20.6 basis points, and the decline in the FBM KLCI by 1.3 per cent.

“The corresponding broad US dollar strength during the month also resulted in a marginal depreciation of the ringgit,” said BNM.