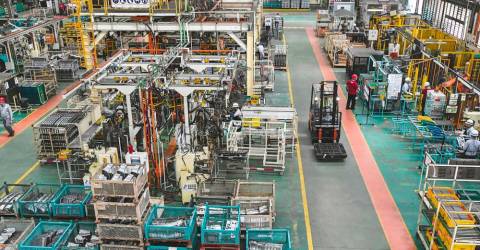 In a statement on April 11, the DOSM said the sales value, however, decreased 5.3% compared with the previous month.

“The growth of sales value for export-oriented industries was in a similar trend with the external trade exports and the price factors that remain favourable,“ he said.

He said the increase was contributed by the electrical & electronic products (4.7%), wood, furniture, paper products & printing (3.2%), and transport equipment & other manufactures products (1.7%).

Meanwhile, the average salaries & wages per employee was RM3,429 in February , the report said. – Bernama