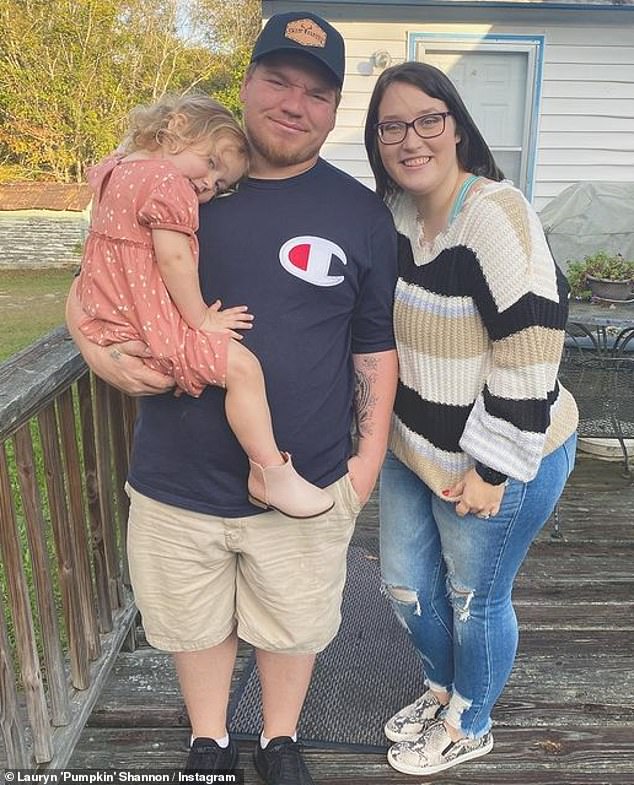 They had tried to have another child without success for about a year-and-a-half.

But Lauryn ‘Pumpkin’ Shannon proudly announced on Friday that she and her husband Joshua Efird are expecting their second child together.

‘Well the secret is out for everyone to know now!! Baby Efird #2 coming 2021,’ she shared in an Instagram post, along with a couple of sonograms of the pending bundle of joy.

Baby news: Lauryn ‘Pumpkin’ Shannon announced she and husband Joshua Efird are expecting their second child together this summer

‘After almost 3 years we are finally having another blessing and couldn’t be happier. @official_josh_efird’ the 21-year-old added in the caption.

The Mama June: Road to Redemption star also shared a photo of the four home pregnancy tests she used to confirm the initial baby news last November, which came as a surprise.

The couple, who also have a three-year-old daughter Ella, are expecting their second baby in July. 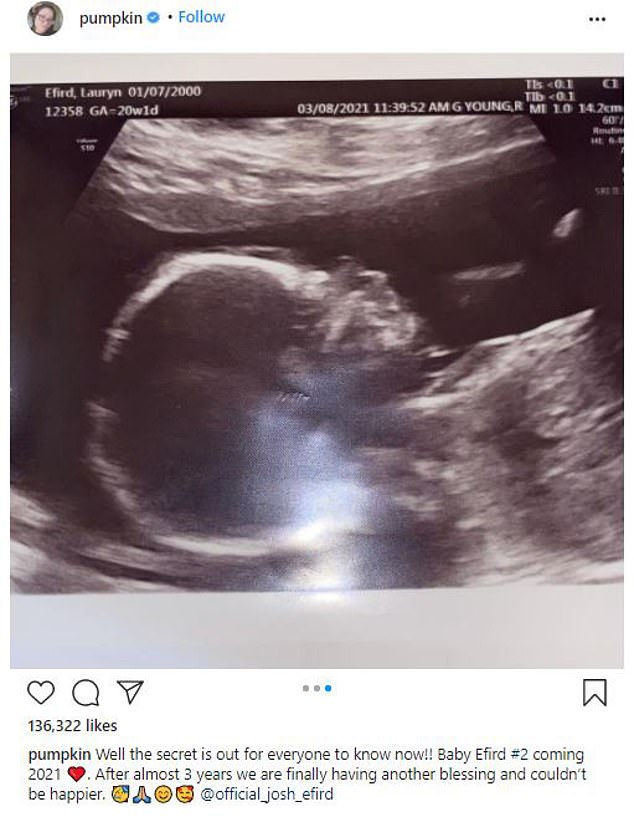 The Mama June: Road to Redemption star took to Instagram and shared a couple of sonograms when announcing their pregnancy news 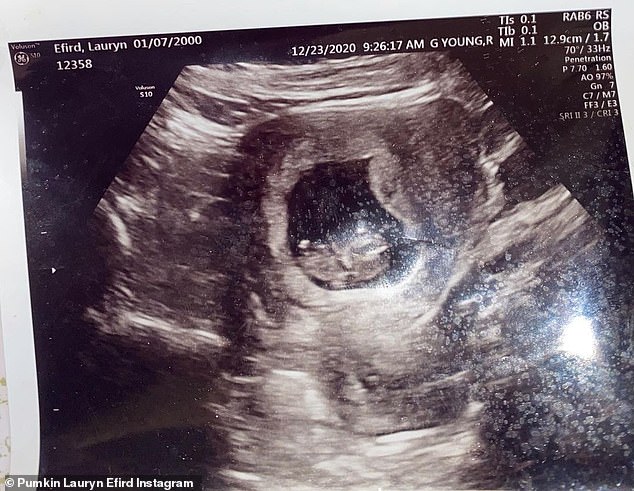 Surprise! The couple learned of their new pregnancy back in November 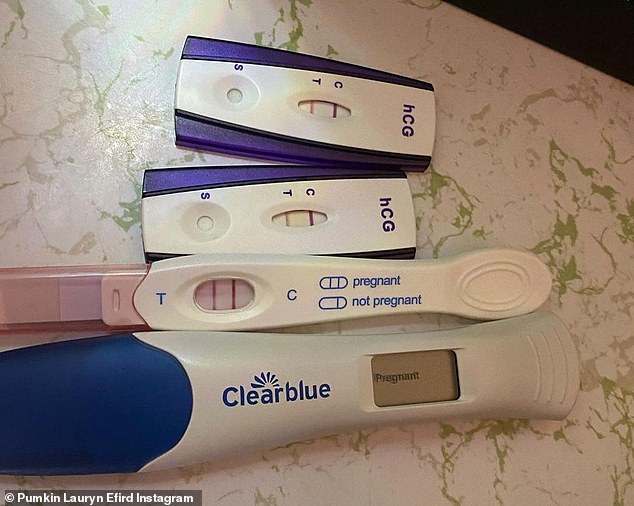 Four is a charm: The reality star used four pregnancy tests for their initial pregnancy news

‘We weren’t really expecting. We also weren’t trying either, but we weren’t preventing,’ the 21-ear-old told People before explaining their road to the baby news over the past few years.

‘Everybody knows Ella’s 3 now, so it’s taken me that long to get pregnant. Because for a while, I was on birth control and then I got off of birth control for a year and a half. And then I found out that I was pregnant,’ she said.

She went on to confess that they were in ‘shock’ when the four tests came up positive because, for months, they had been ‘buying pregnancy tests and they kept coming back up negative.’ 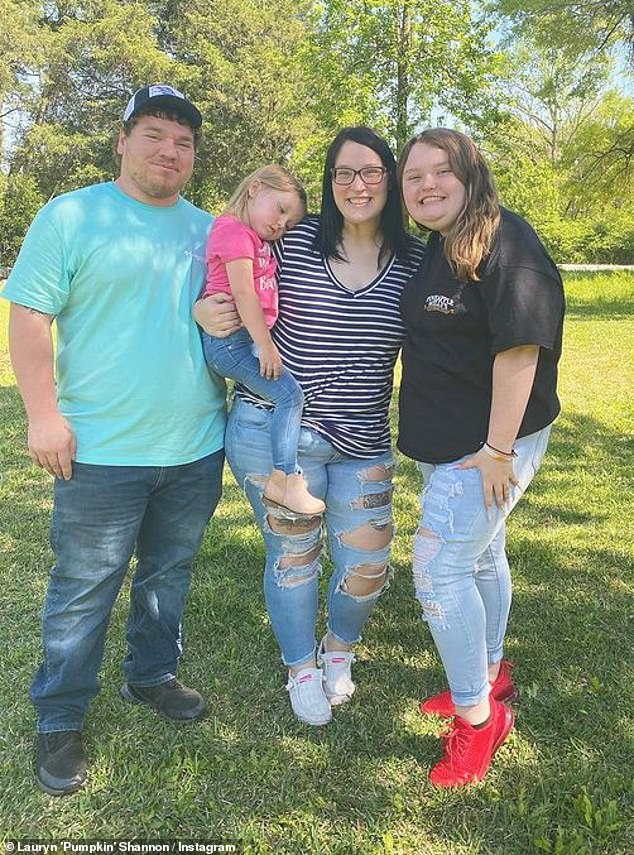 Along with their daughter, the couple have also taken guardianship of Shannon’s younger sister Alana ‘Honey Boo Boo’ Thompson, 15.

She’s been in their care since their mother ‘Mama June’ Shannon was arrested in 2019. Mama June has been battling with a nasty drug addiction, which has been chronicled on Mama June: Road To Redemption.

Just yesterday, in a new episode, the two sisters came face to face with their mom for the first time in over a year.

At the time of the recording of the meeting Mama June reportedly had nine-months sober. 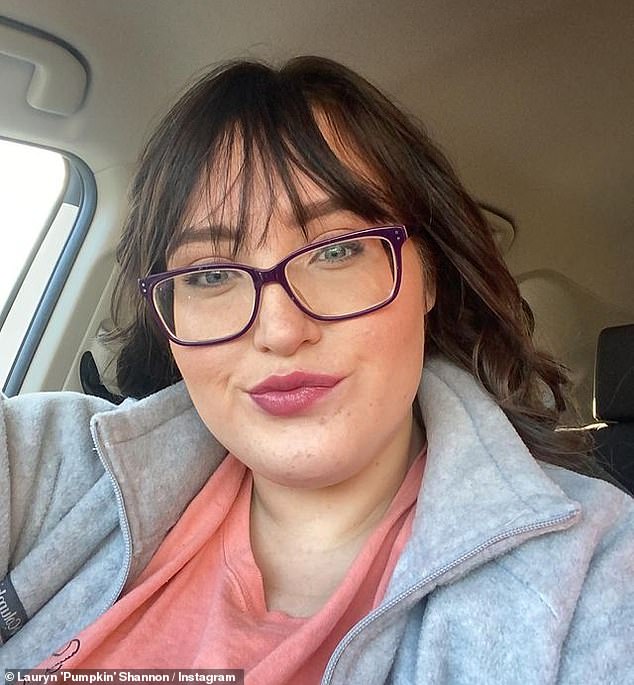 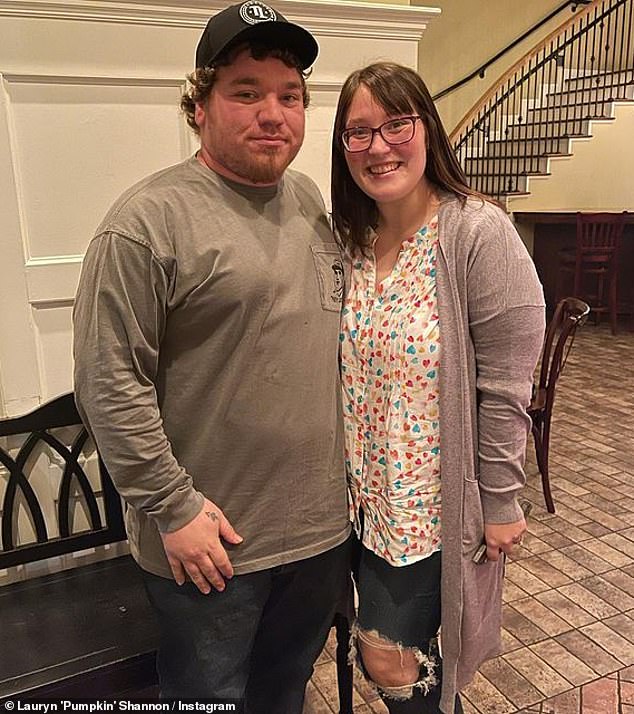 Going strong: Shannon and Efird have been married for three years