Two boys, 17, charged with murdering PC Andrew Harper giggle in front of his grieving mother in court as man, 21, admits plotting to steal quad bike before officer was killed by van

By Joe Middleton For Mailonline

Thomas King, 21, pictured outside the Old Bailey today, has admitted conspiracy to steal

Two 17-year-old boys charged with murdering PC Andrew Harper giggled in front of his grieving mother in court today, as a 21-year-old man admitted plotting to steal a quad bike before the officer was dragged to his death.

The Thames Valley Police officer was called to an £800,000 country house in Sulhamstead, Berkshire, where Thomas King, 21, was attempting to steal a quad bike.

The 28-year-old died from multiple injuries after being hit by a van, four weeks after his wedding.

Henry Long, 18, from Mortimer in Reading, and two 17-year-old boys, who cannot be identified, are charged with his murder, an alternative of manslaughter and conspiracy to steal a quad bike.

The two 17-year-olds accused of him spent 20 minutes laughing and stifling giggles when they appeared in court via a video link from Wetherby prison.

Wearing plastic crucifixes and grey prison issue sweat shirts, one denied conspiracy steal and manslaughter, but no charges were put to the second teenager.

PC Harper’s mother Deborah and other members of his family looked on as bespectacled King, from Bramley, Hampshire, admitted conspiracy to steal.

The judge, Mr Justice Edis told King: ‘You have pleaded guilty to what is a serious offence.

‘I am going to grant you bail for between now and when the sentence will be passed upon you.’ 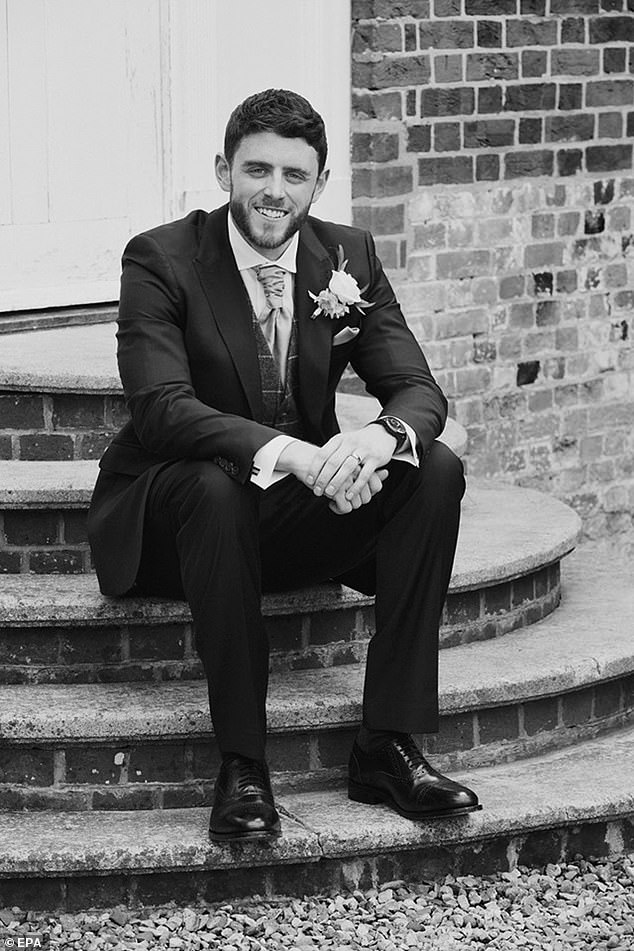 Andrew Harper died from multiple injuries after being hit by a van, four weeks after his wedding.

The judge added: ‘I am giving you bail – that does mean you are not going to be sent to prison.

‘What happens to you at the end of this process has not been decided and you must mot make the assumption about what is going to happen.

‘The offence you have pleaded guilty to is a serious offence.’

King was not charged in relation to the murder of PC Harper.

During the hearing, King pleaded guilty to conspiracy to steal on or before August 15.

He was granted bail until his sentencing at the conclusion of the trial of the other defendants.

Henry Long, 18, also appeared in court via a video link from Belmarsh prison and did not enter pleas to the charges of murder, manslaughter and conspiracy to steal. 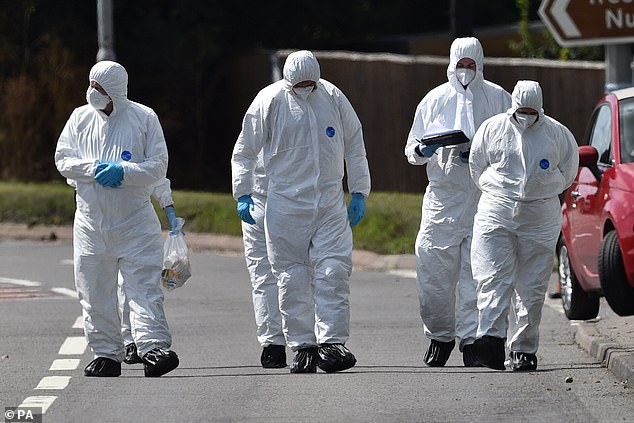 Police search the scene, where Thames Valley Police officer PC Andrew Harper, 28, died after being hit by a van

A further plea hearing for Long and the other 17-year-old was fixed for January 7.

PC Harper had been married 28 days and was due to go on his honeymoon when he died.

His wife Lissie had paid tribute to her husband as the ‘kindest, loveliest, most selfless person you will ever meet’.

PC Harper was the first police officer to be killed on duty since PC Keith Palmer was stabbed to death during the Westminster terror attack in 2017.

Long, of Mortimer, Reading, and the teenagers are charged with murder, manslaughter and conspiracy to steal.

A six-week trial has been fixed at the Old Bailey to start on March 9.