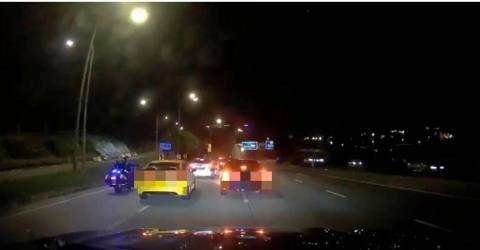 KUALA LUMPUR: A man was arrested for obstructing civil servants who were escorting dignitaries when driving in a reckless manner on Sultan Iskandar Highway towards the entrance to Jalan Sultan Abdul Halim here last Friday.

He said following that, police arrested the 36-year-old man for alleged involvement in the case and remanded him for four days.