‘Don’t be showing your face at the weekend!’: Man called STORM DENNISS gets trolled online by people begging him not to ruin their homes and gardens

By Lara Keay For Mailonline

A British man called Storm Denniss has been inundated by messages from trolls complaining about this weekend’s weather.

The Met Office has warned Storm Dennis will bring a month of rainfall to some parts of the UK in just 24 hours this weekend.

Covering a 1,200-mile area, it will batter Britain with gale-force winds and cause havoc on Saturday – just six days after Storm Ciara.

But on top of preparing for poor conditions this weekend, Storm Denniss, 24, has been bombarded with online messages blaming him for the chaos to come.

Mr Denniss, of Whitby, Yorkshire, was given the name Storm because he was born a particularly blustery night in March 1995.

As well as his unusual first name, his surname, Denniss, happens to be almost identical to the fourth named storm of 2020.

Storm Denniss, (pictured) of Whitby, Yorkshire, was given the name Storm because he was born a particularly blustery night in March 1995

On top of preparing for poor conditions this weekend, Storm Denniss, 24, has been bombarded with online messages blaming him for the bad weather to come this weekend

One of 50 people to message Mr Denniss online said: ‘Alright mate, not being funny but if your [sic] planning on blowing sh*t around my town this week you better think twice! FFS Dennis think about it.’

Another wrote: ‘Hey storm dennis don’t be showing your face at the weekend I don’t want to be blown over and be rolling down hill like sonic the hedgehog.’

One man commented: ‘Don’t be selfish to others go anger management before the weekend I’m begging you.’

Fortunately, the furniture maker is taking it all in jest and believes people are just having a laugh.

He said: ‘I found it hilarious when the storm was named after me and my family started making jokes about it.

‘The next day I started getting random messages from people I’ve never even heard of. They went into my spam folder on Facebook.

‘People are definitely messaging me in a light-hearted way and I will get more because the storm has not even started yet. 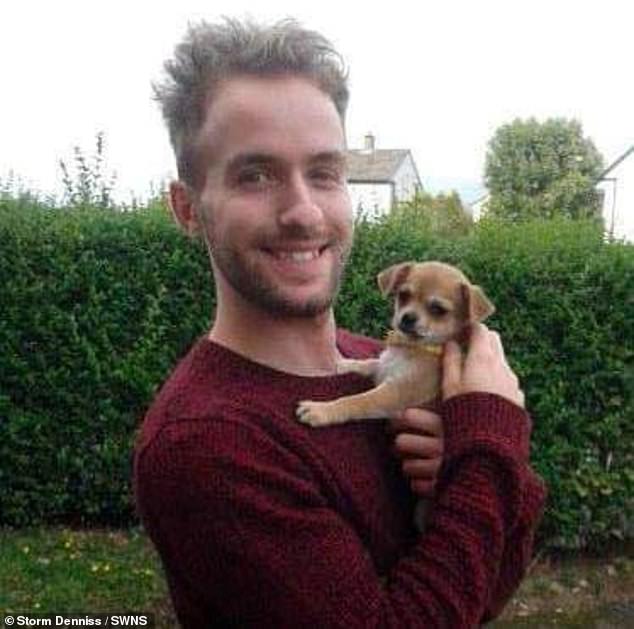 As well as his unusual first name, his surname, Denniss, happens to be almost identical to the fourth named storm of 2020

‘I’ve had loads of messages from people calling me names. I just sit there scrolling through it and find it hilarious.

‘I know people aren’t being serious and are just having a laugh. It’s cool to have a storm named after me to be honest. I have joked that I want it to be a storm to remember now it has my name to it.

‘I will keep my eye on how the storm progresses and I won’t be able to escape these messages until it’s over.

‘I imagine if it does cause damage then it’ll only get worse too. I am concerned about how much damage it will cause and I do hope it won’t be too bad.’

The 24-year-old, who is in a relationship with Shelby Mcormack, 23, said he first became aware he shares a name with the weather movement when a friend tagged him in a Facebook post.

Other messages he has received have included one which said: ‘Heard your [sic] sending a storm this weekend don’t bother we don’t want it.’

Another man added: ‘I swear if you wreak my garden like Ciara I’m gonna f***ing flip!!!’

One person posted: ‘Please don’t f*** my fence this weekend! Only just been repaired.’

Another commented: ‘Hi can you do me a favour and try avoiding west Yorkshire this week we have already had a battering with the weather this past week. Thanks.’ 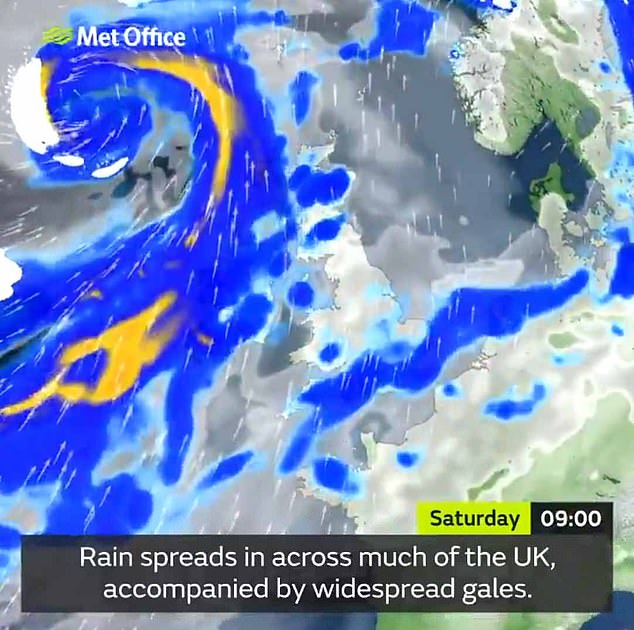 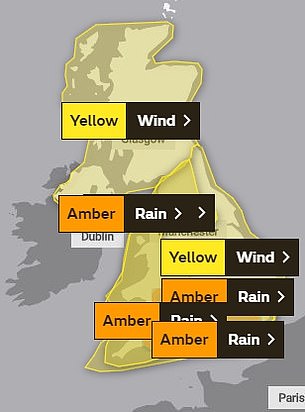 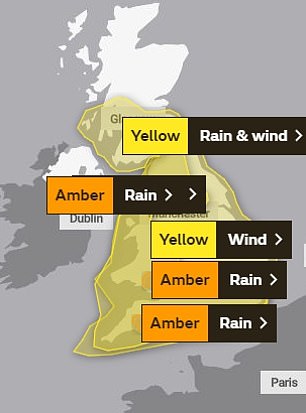 Severe amber weather warnings have already been issued for many parts of the UK this weekend, including amber warnings for rain in south west England, southern Wales, north west England and south east England