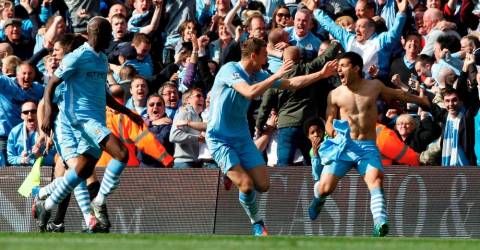 MANCHESTER: Manchester City will pay tribute to their all-time leading goalscorer Sergio Aguero by unveiling a statue of him outside the Etihad Stadium next month on the 10th anniversary of his goal that ended the club’s 44-year wait for a league title.

He left City at the end of last season and joined Barcelona on a free transfer but the 33-year-old was forced to retire from soccer in December due to a heart condition.

Aguero’s statue will be unveiled on May 13 as part of City’s celebrations to mark the 10th anniversary of their first Premier League title.