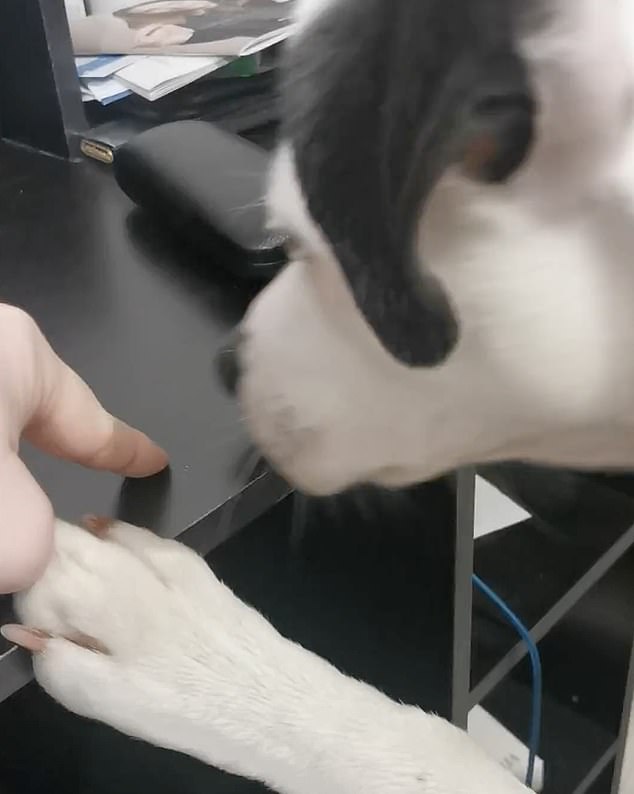 Who’s there? Man tries and fails to teach his ‘idiot’ dog the difference between a knock on a table and someone at the door

By Chay Quinn For Mailonline


This is the hilarious moment that a dog failed to understand the difference between a knock on a table and a knock at the door.

Footage starts with the dog’s owner Michael Fearon narrating that he was about to help his two-year-old cross-breed Poppy understand when someone was at the door.

Mr Fearon, 34, from Bracknell, Berkshire, first showed his dog his fist. Then he pointed out the black wooden desk next to him.

The dog watched attentively. But as soon as Mr Fearon rapped the desk with this fist Poppy started barking and ran to see who was at the front door.

Michael Fearon, 34, goes to great lengths to help Poppy understand the difference between a knock at the door and other noises in their home in Bracknell, Berkshire 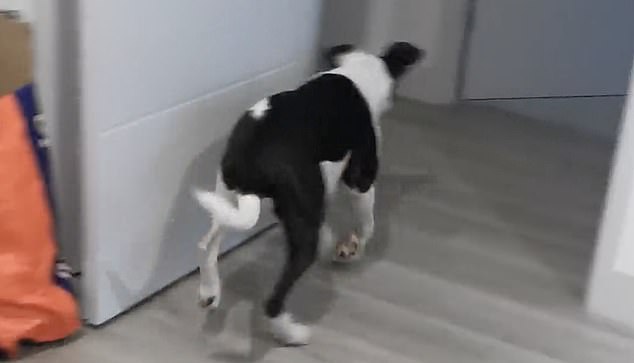 Despite Mr Fearon’s best efforts, the two-year-old crossbreed still heads to the front door when he raps his knuckles on a wooden desk 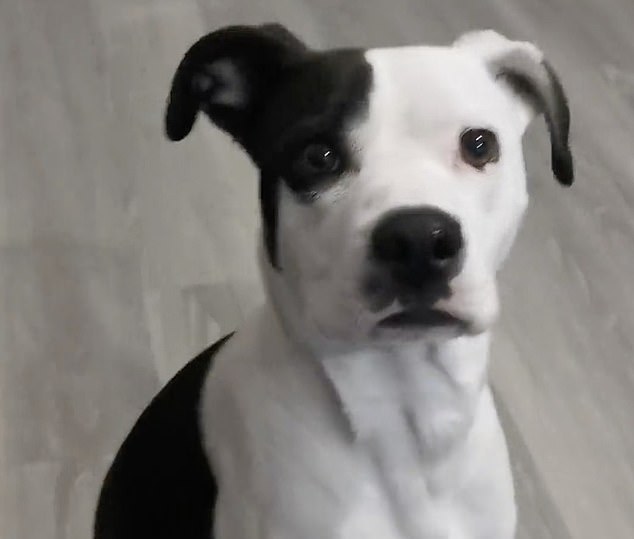 Frustrated with his failure, Mr Fearon jokingly calls Poppy an idiot but has resolved to try again to train the pooch to understand

He said: ‘This video is my effort in training my dog that just because she hears a knock, that doesn’t mean someone is at the door.

‘Ultimately this fails as she starts barking and runs to check the front door, before turning to give one last bark at me.’

Frustrated at his failure, Mr Fearon, called Poppy an ‘idiot’.

Mr Fearon has had Poppy, a Staffordshire Bull Terrier/German Shepherd cross, since she was a puppy.

He said despite his failure to teach her to discern between knocks they will ‘keep working on it’.

He said: ‘She gets very excited when the door knocks as she wants to meet everybody and play with them.

‘But she reacts to any old knock so I was just trying to show her that not every knock guarantees a visitor.’