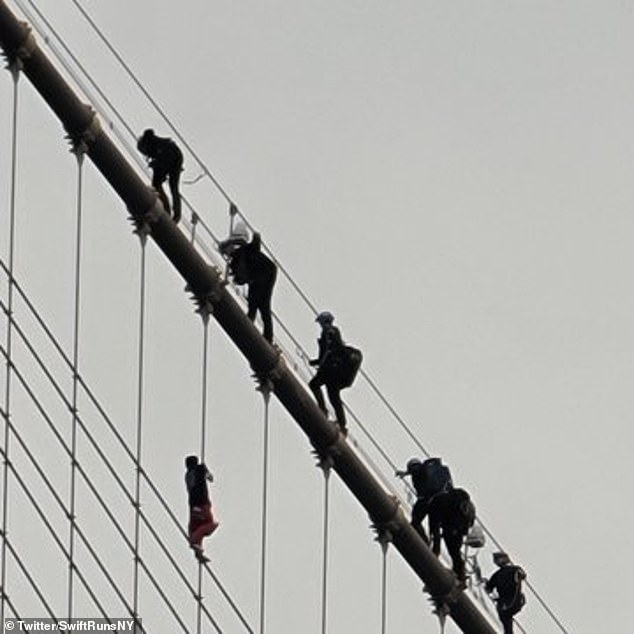 BREAKING NEWS: Man in red baseball cap and jeans scales Brooklyn Bridge and has to be coaxed down by NYPD in rush hour chaos

There was rush hour chaos on Thursday at the Brooklyn Bridge after a man in a red baseball cap and pants scaled the cables then clung on before being coaxed down by the NYPD.

It’s unclear what the climber’s motives were, but the incident brought traffic to a standstill as worried commuters looked on.

The man scaled the bridge then was seen clinging onto the cables as multiple police officers ‘dialogued’ with him.

Eventually, he agreed to climb back down to safety. The incident closed two lanes of east bound traffic temporarily.

It’s unclear if the man is facing any kind of charges.

Multiple NYPD officials convinced the man to come down to safety 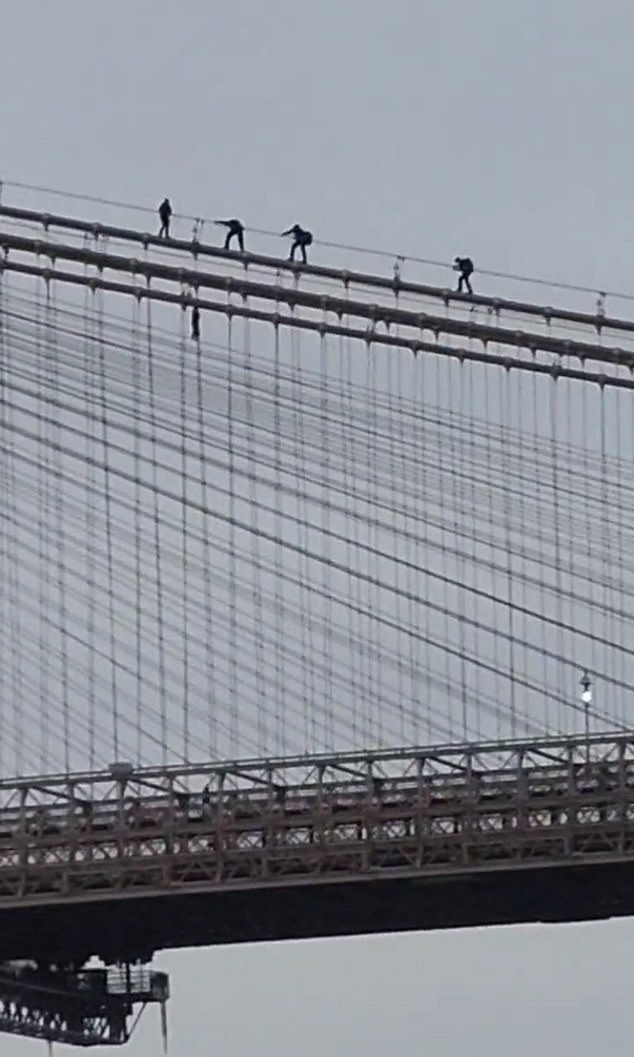 It’s unclear what time the man scaled the bridge or how long he was up there in total. The incident was over by 8am 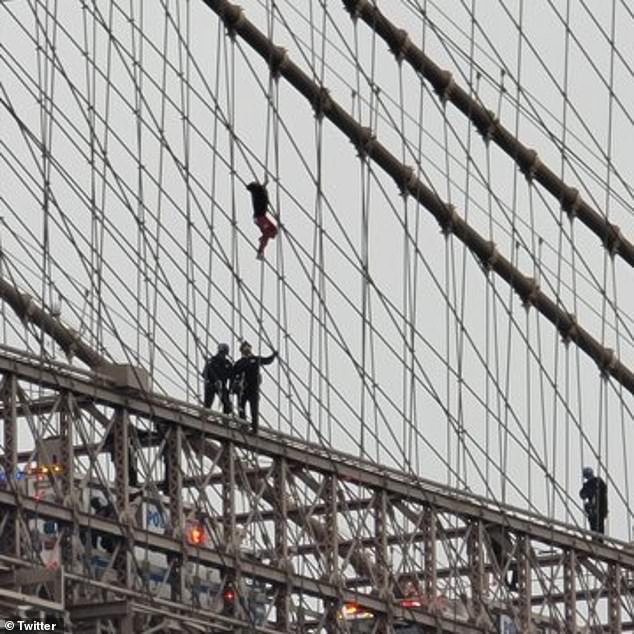