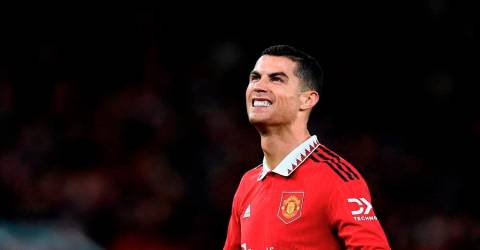 Workers at the Red devil’s home ground were spotted removing the huge poster, which also has former footballer David Beckham, following an interview with Piers Morgan on UK-based TalkTV.

Ronaldo was dropped from the squad for the Premier League match versus Chelsea in Week 13 as manager Erik ten Hag punished him for leaving Old Trafford during the Tottenham Hotspur match on matchday 12.

The 37-year-old superstar later returned to training with the first team.

Ronaldo took part in an interview Monday with Morgan and said he felt betrayed by Manchester United, claiming Ten Hag was trying to force him from the team.

The five-time Ballon d’Or winner is in his second stint at Manchester United after playing for Real Madrid and Juventus for multiple seasons.

Ronaldo became the first player in history to reach 700 club goals last month when he scored against Everton in the English Premier League match. – Bernama