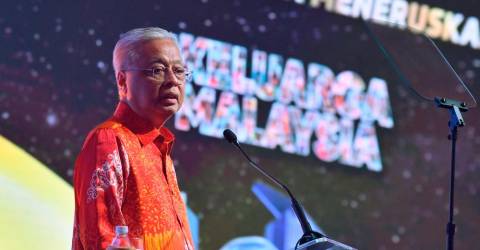 PETALING JAYA: The government will review the management of shopping malls owned by government-linked companies (GLC) to ensure they are managed by local companies so that Bumiputera traders can run their businesses there, said Prime Minister Datuk Seri Ismail Sabri Yaakob (pix).

He said this was aimed at raising Bumiputera’s socio-economic status and the involvement of Bumiputera entrepreneurs at shopping malls.

“The involvement of Bumiputera now must not only be in the informal sector but also in the formal sector, such as running businesses in shopping malls, that is targeted under the 12th Malaysia Plan,” he said at the gala dinner in conjunction with the 50th anniversary of UDA Holdings Berhad (UDA) here today.

According to the Prime Minister, since the country entered the Transition to Endemic Phase, entrepreneurs, including Bumiputera, could breathe again and carry out businesses which directly helped to re-mobilise the country’s economy.

“At a time that the country is facing the pressures of inflation, Malaysia’s wholesale and retail trade sales value once again registered a new record in May, with a growth of 19.9 per cent, amounting to RM129.8 billion, which is the highest since 2013,” he said.

Despite that, he said the socio-economic status of Bumiputera was still at a low level, and their involvement in entrepreneurship needed to be improved.

Thus, he suggested that UDA be able to sell or rent existing business spaces at rates affordable to Bumiputera entrepreneurs who have the potential to expand their businesses.

“This is to enable Bumiputera entrepreneurs to do business in a more comfortable environment and, at the same time, enhance their status as successful entrepreneurs,” said Ismail Sabri.

He said the government was always committed to empowering Bumiputera, with an allocation of RM11.4 billion in Budget 2022.

The Prime Minister also expressed his pride in UDA reaching half a century on Nov 12, 2021, as well as its 50 years of success in helping to develop the country.

“I hope that this achievement will fuel the determination of the current generation to continue to achieve success as enjoyed by UDA,“ he said.

Meanwhile, Ismail Sabri also reminded UDA not to be complacent with its achievements so far, because the real estate and business sectors were continuously growing and evolving.

At the end of his speech, the Prime Minister announced a RM100 million fund for UDA to help Bumiputera commercial centres and entrepreneurs.

He also expressed hope that UDA would continue to shine in creating an inclusive and sustainable community and work together with the government in restoring the national economy.

Ismail Sabri also prayed that UDA continues to progress and move in line with the government’s desire to bridge the Keluarga Malaysia economic gap.

During the event, the Prime Minister also launched the book ‘50 Years of UDA, Continuing the Legacy Together’. – Bernama