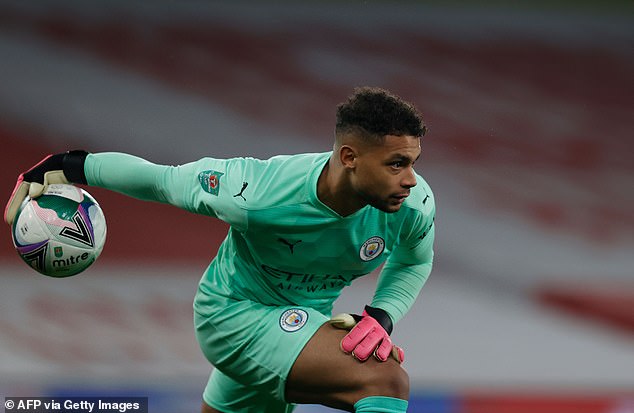 Manchester City goalkeeper Zack Steffen is set to make his Premier League debut at Chelsea on Sunday following the Covid-19 outbreak at the Etihad.

City have confirmed five players will miss the game after testing positive. Though Kyle Walker and Gabriel Jesus are the only names confirmed, Brazilian goalkeeper Ederson has posted on social media that he has been self-isolating.

Steffen, 25, was signed from Columbus Crew in 2019 and spent last season on loan with Fortuna Dusseldorf, where his appearances were restricted by a knee injury. 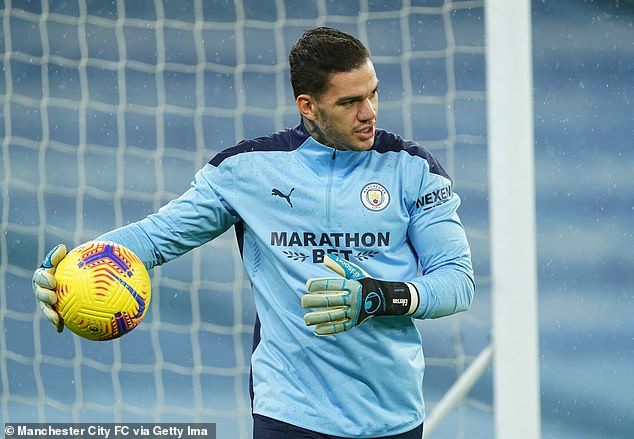 City are dealing with a recent Covid-19 outbreak, with first-choice Ederson self-isolating

He has played four times for City in cup games this season and has won 18 USA caps, including a clean sheet against Wales in November.

City manager Pep Guardiola said of the 6ft 2in Philadelphia-born keeper after his debut against Bournemouth in the League Cup: ‘He was calm. He was safe. He gave a good performance.’

The City boss, who lost his mother to Covid earlier in the pandemic, says football is not unique in having to deal with upheaval. 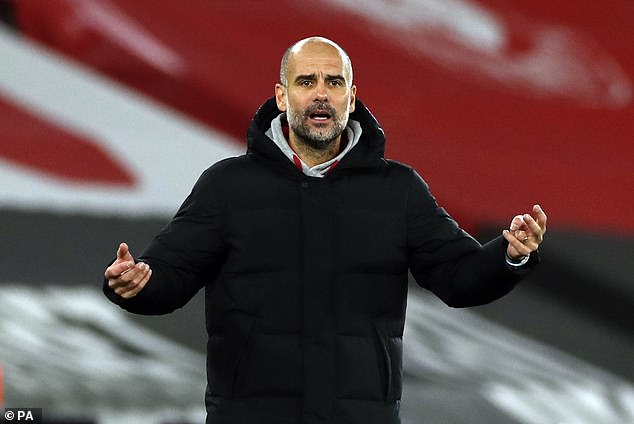 ‘All around the world people are managing a strange and unusual situation. The best way is to adapt. Sometimes you have to take decisions day-by-day as things happen,’ he said.

Midfielder Ilkay Gundogan, who has had Covid, said: ‘I felt very tired: throat pain; headache. It was difficult to deal with, especially in the first few days and then after day four or five I started feeling better day-by-day.

‘Thankfully, I had the doctors and the club around so I wasn’t completely alone.’