Forget Cuban heels as a way of offering a little extra height; platforms for men – with unapologetically towering five-inch heels – are making their way into the fashion spotlight.

Designer Marc Jacobs has been offering a masterclass in how men should wear a platform heel in recent weeks on his Instagram page.

The founder of the US fashion brand has been posting selfies galore of himself out and about in New York, wearing what he calls his ‘hiking boots’ – essentially tan leather platforms with a soaring heel.

Fashion designer Marc Jacobs has proven he’s a fan of heels for men in recent weeks, sporting this £900 pair of tan platforms while on a stroll in Central Park 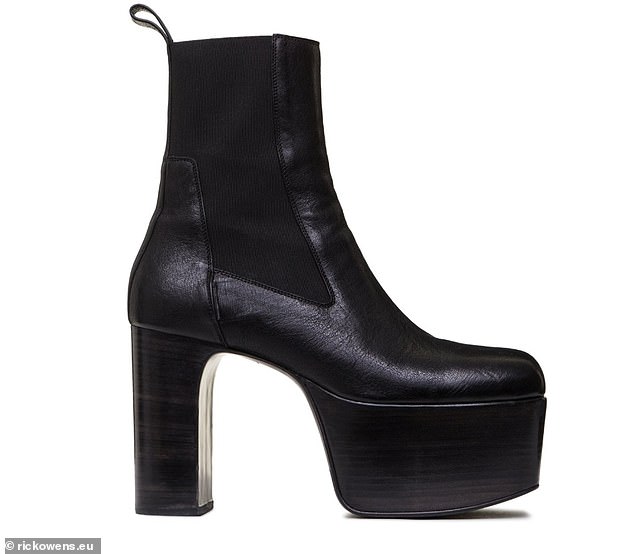 Californian brand Rick Owens is among the designers making high heels for men but they come with a hefty price tag; this pair of Tecuatl elastic kiss boots in black retails at £1,074 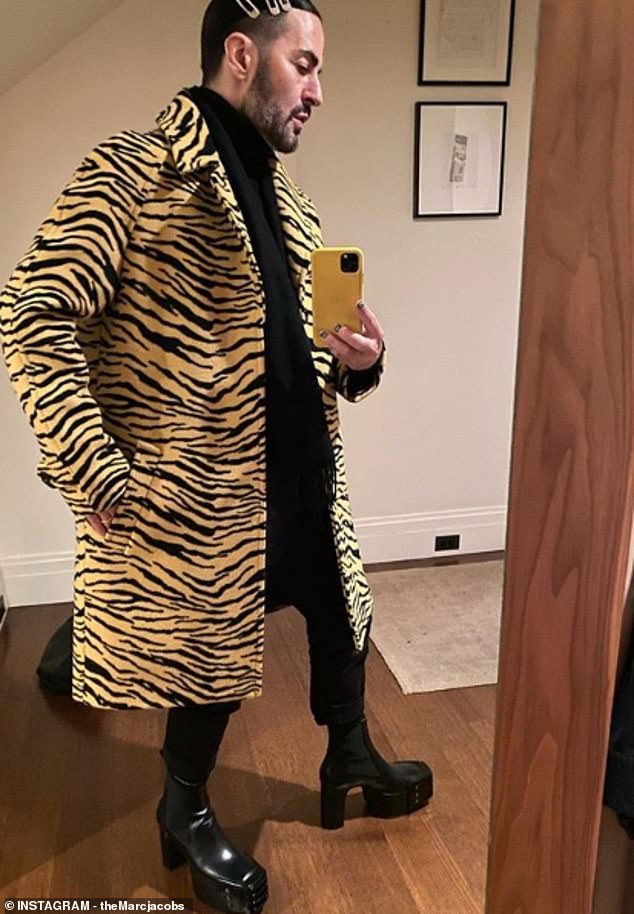 Jacobs appears to own several pairs of Rick Owens boots, with the high-heeled shoes appearing in many of his recent Instagram posts

In one Central Park shot taken by his husband Charly Defrancesco, Jacobs posted an image of him blending in with the autumnal foliage captioned ‘Charly said “let’s go on a hike in Central Park”, so I wore my hiking boots!

Another photo sees him wearing a tiger print coat, matched with cropped black trousers and show-stealing platforms in shiny black.

A similar pair of Tecuatl elastic kiss boots in black retails at £1,074 on Rick Owens website.

Couture – including brands such as Christian Louboutin, Calvin Klein and Jimmy Choo – has embraced high heels for men over the last few years, with everything from Cuban heels to lofty stilettos making an appearance on runways.

In October, Strictly Come Dancing star Johannes Radebe wowed the show’s fans when he donned a sharp pair of heels for a routine.

The South African dancer and choreographer, 32, donned patent heeled boots and leather trousers as he strutted down a red carpet for the showbiz-inspired number. 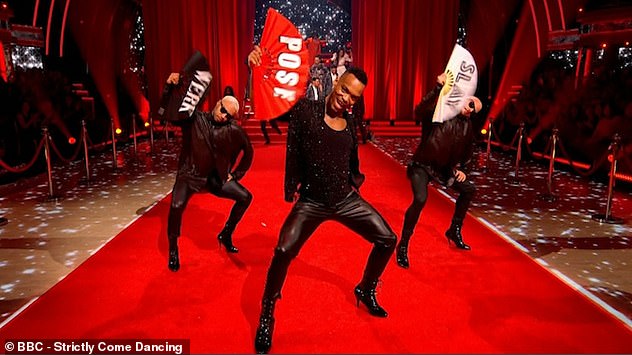 Strictly Come Dancing star Johannes Radebe strutted into the spotlight in heels during a Strictly results show back in October, wowing viewers with his patent boots 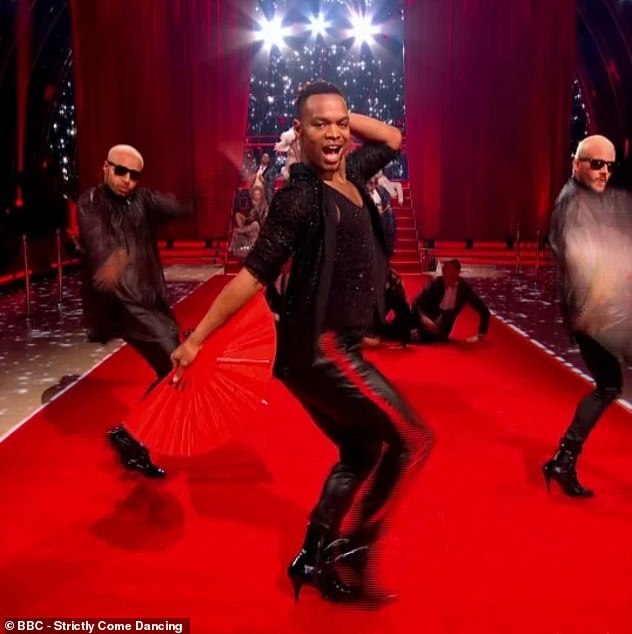 Work it: The South African dancer and choreographer, 32, donned heeled boots and leather trousers as he strutted down a red carpet for the showbiz-inspired number

Flanked by two male dancers, Johannes stood out in his sparkly vest as he held aloft a fan with the word Pose written on it during the sassy routine.

And viewers heaped praise on the dancing star for taking to the stage wearing the stiletto-heeled boots.

One viewer wrote on Twitter: ‘JOHANNES IN HEELS IS THE MOST ICONIC THING IVE WITNESSED THAT MAN IS MY FAVOURITE PERSON EVER GO ON.’

Actress Chizzy Akudolu, who starred in the 2017 series of Strictly, tweeted: ‘That’s it. That’s the level I will now strive to be at. Johannes!! I may break a hip getting there, but getting to do a high kick whilst wearing heels, it’ll be worth it!’