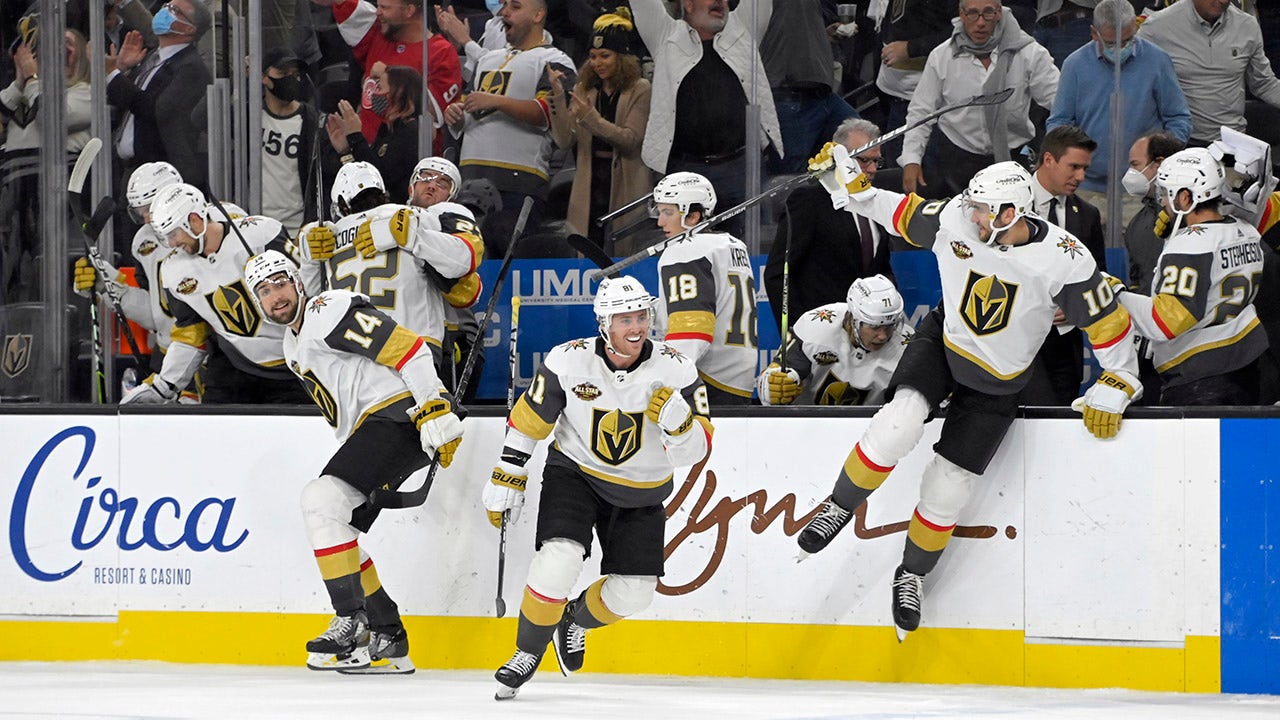 In the morning, Vegas acquired injured forward Jack Eichel in a trade with the Buffalo Sabres. Eichel will have artificial disk replacement surgery soon.

Mattias Janmark, Brett Howden and Alex Pietrangelo also scored for Vegas, and Robin Lehner made 38 saves against his former team.

Carrier opened the scoring at 4:31 of the second period. Carrier seemed to whiff a bit on his shot, throwing Gustavsson’s timing off.

Howden made it 2-0 on a tip-in with 8:39 left in the period, and Marchessault got his first of the night on a backhander with 7:35 left in the period. Tkachuk tipped in Artem Zub’s point shot with 4:10 to go in the middle period.

Pietrangelo made it 4-1 late in the third, and Marchessault added an empty-net goal.