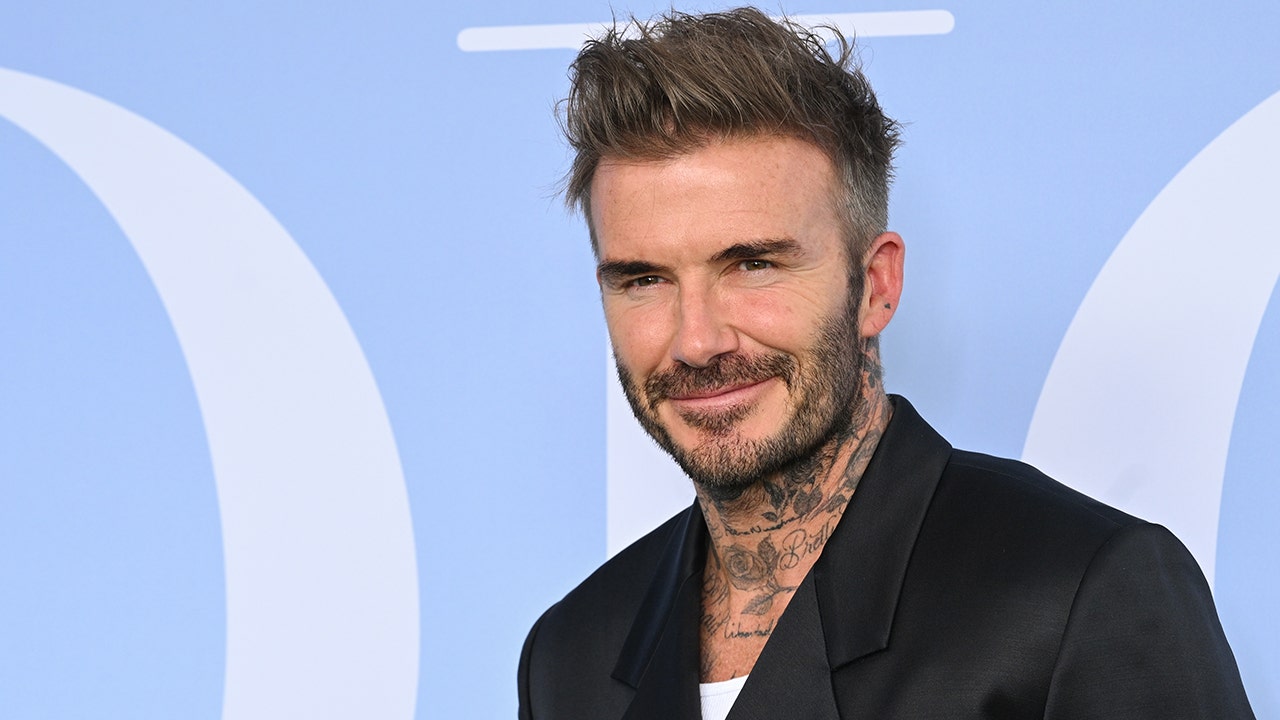 The former soccer superstar’s wife, Victoria Beckham, uploaded a video to Instagram showing David sipping tea while singing Mariah Carey’s hit, “All I Want For Christmas Is You.”

About halfway through the clip, David noticed Victoria was recording him and put a little bit more effort into his vocals. “You were struggling with that high note, weren’t you?” Victoria joked in the video.

The fashion designer’s comment section was full of praise for David, and even drew a response from Carey herself.

Victoria revealed on her Instagram story Tuesday that her husband “loves Christmas” as she revealed her family’s advent calendars this year.

David Beckham got into the holiday spirit Tuesday morning as he sang Mariah Carey’s “All I Want for Christmas Is You.”
(Stephane Cardinale/Corbis/Corbis)

She revealed that David has a “Friends” advent calendar, and sons Romeo, 20, and Cruz Beckham, 17, have Lindt Teddy Bear calendars. The couple’s youngest child, Harper, 11, has a Build-A-Bear advent calendar this year.

Victoria revealed she has a similar advent calendar to her husband’s, but instead of chocolate, hers featured coffee from the “Friends” coffee shop, “Coffee Perk,” filled with Nespresso coffee pods.

Brooklyn Beckham and Nicola Peltz tied the knot in a lavish ceremony in Palm Beach, Fla., in April.
(Gotham)

“Getting all ‘Spiced up!’,” she wrote on her Instagram story, tagging “Friends” stars Courtney Cox and Jennifer Aniston.

In October, Victoria shut down rumors of a Spice Girls reunion after a fan had asked her.

“You know, I had so much fun being in the Spice Girls, but, you know, I think that now with everything else that I’ve got going on with my fashion and my beauty line, four children, you know, I just — I couldn’t commit to that,” she revealed on an episode of “Watch What Happens Live.”

“But I had so much fun in the Spice Girls. I love the girls. I really, really enjoy singing Spice Girls when I’m doing karaoke, but I think I’d better leave it there.”

The Spice Girls last reunited for a tour in 2019, but Beckham did not join the group, choosing to focus on her fashion label.