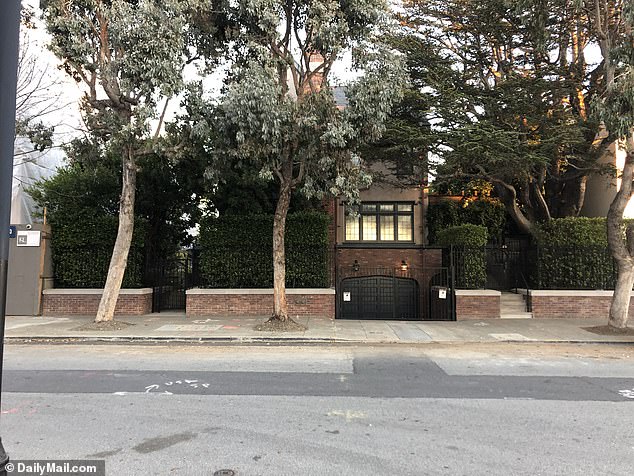 Mark Zuckerberg sold his San Francisco home for $31 million, more than triple the price he purchased it for.

The deal by the Facebook co-founder is the ‘biggest’ residential deal in San Francisco this year, The Real Deal reported.

The Dolores Heights property located at 3450 21st St. was originally purchased by Zuckerberg for $10 million in 2012.

The property buyer is based in Delaware and the paperwork for the home was sent to an estate planning attorney, Michael Gordon.

Facebook co-founder Mark Zuckerberg sold his San Francisco house for $31 million, more than triple the amount he bought it for in 2012 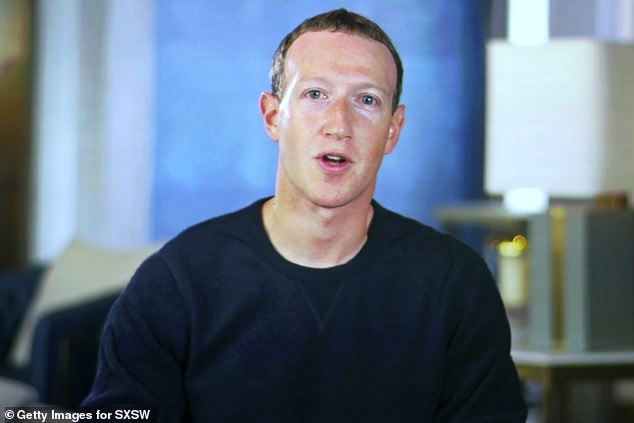 Zuckerberg originally purchased the home for $10 million at 7,400 square feet. He has since completed multiple construction projects on the four-story home

Zuckerberg transformed his million-dollar home since he purchased it. The property was listed as more than 7,400 square feet – but has undergone significant renovations to add to the four-story home, according to The Real Deal.

Over the years, the Facebook co-founder has received multiple complaints from neighbors concerning noise and dust from construction.

In 2016, some neighbors complained about the billionaire’s security team illegally parking outside Zuckerberg’s home.

A letter obtained by BuzzFeed at the time claimed that the security team is ‘permanently and ‘illegally’ occupying ‘desirable parking spots’ in the area with two silver SUVs.

‘I think we’ve all tried to be as patient and civil as possible during the very long construction, the noise, the trash, the blocking of streets, etc,’ the letter begins.

It continues: ‘Now that all that circus is done, we are left with 2 silver SUVs permanently occupying desirable parking spots.

‘It goes without saying that living close to Dolores Park and the awesome neighboring districts already creates a challenge when it comes to street parking, so the 2 spots that are illegally being held for Zuck only makes matters worse.’

However, Zuckerberg’s spokesperson told BuzzFeed the vehicles were legally parked.

‘The security team’s cars are parked in accordance with local parking laws. The team strives to be sensitive to neighbors’ concerns and regrets any inconvenience,’ the spokesperson said.

Earlier in 2014, neighbors complained that his renovation construction was tearing up the neighborhood.

The San Francisco property is one of the Facebook co-founders many.

Zuckerberg owns a $37million ‘five-house compound’ in Silicon Valley. He has transformed his original $7million Palo Alto home that he purchased in 2011 into a massive estate after buying the four surrounding properties 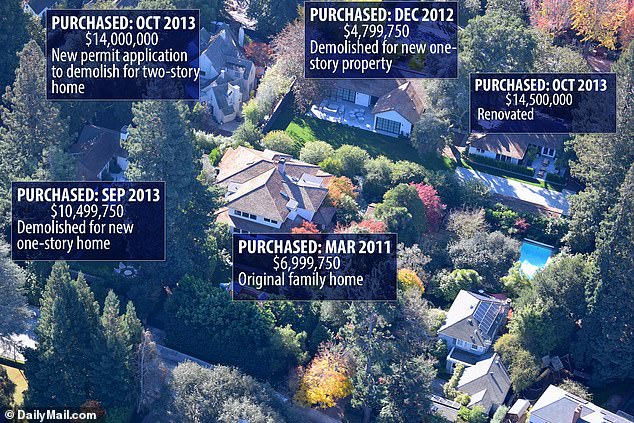 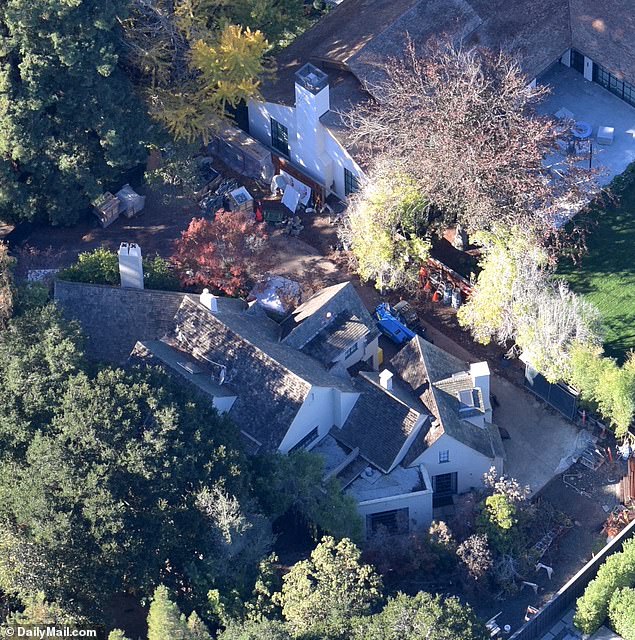 Pictured above is a nearby house that he bought in 2013 and is the only one that is not interconnected. There is now a pending permit application to tear it down, however, the scene at the home suggests work may have already commenced

Zuckerberg scooped up the other homes after a neighbor planned to sell them to a developer, who wanted to build a bigger house and market the property to potential homebuyers as living next door to the Facebook owner.

But the tech entrepreneur faced a setback in 2016 when the City of Palo Alto’s Architectural Review Board blocked his bid to demolish the four houses to start from scratch, fearing he would create one giant residence in an area where single-family homes are already scarce.

However, his architect, Kathy Walker of Walker-Warner Architects, denied that he had plans to create a luxury compound just for his family – wife Priscilla Chan, 36, and children Maxima, six, and August, four – during a public board meeting five years ago. 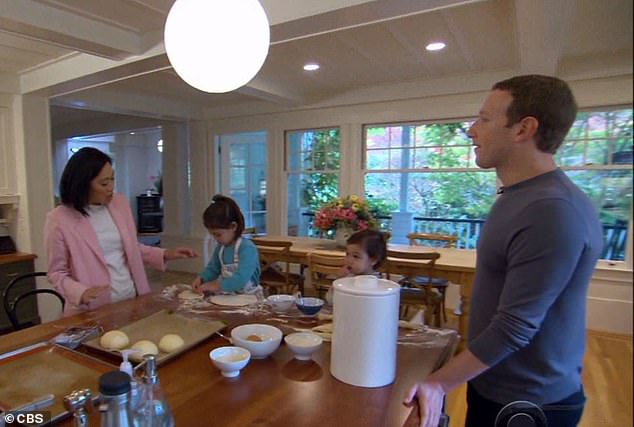 The Facebook CEO and founder, pictured with his wife Priscilla Chan and their two children, sparked concern among the community in 2016 after residents feared his demolition bid meant he was planning to create a luxury compound for himself and his family in an area where single-family homes are

‘They bought the original house and these other properties in the neighborhood because they love the character of the neighborhood, its significant trees and the very residential scale and the variety of homes, and that’s what we’re endeavoring to preserve,’ Walker said at the time.

Instead, Zuckerberg watered down his plans by renovating two and demolishing two, replacing them with one-story homes, thereby sidestepping any permit issues since one-floor houses don’t need council approval.