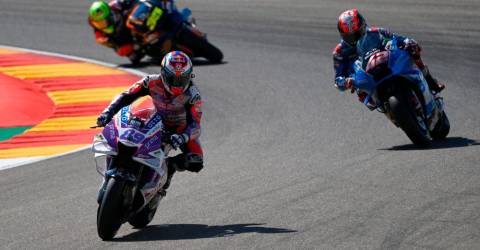 Frenchman Quartararo, the reigning world champion, holds a 30-point lead in the standings from Francesco Bagnaia with six races remaining in the season.

Ducati rider Bagnaia has stormed back into title contention with four successive victories, but could only finish fifth-fastest over the first two practice sessions in Spain.

“This afternoon I was much more consistent than in the morning,“ said Quartararo. “I’m more satisfied with my pace.”

Six-time MotoGP champion Marc Marquez was an impressive eighth fastest for Honda on his return after arm surgery. – AFP