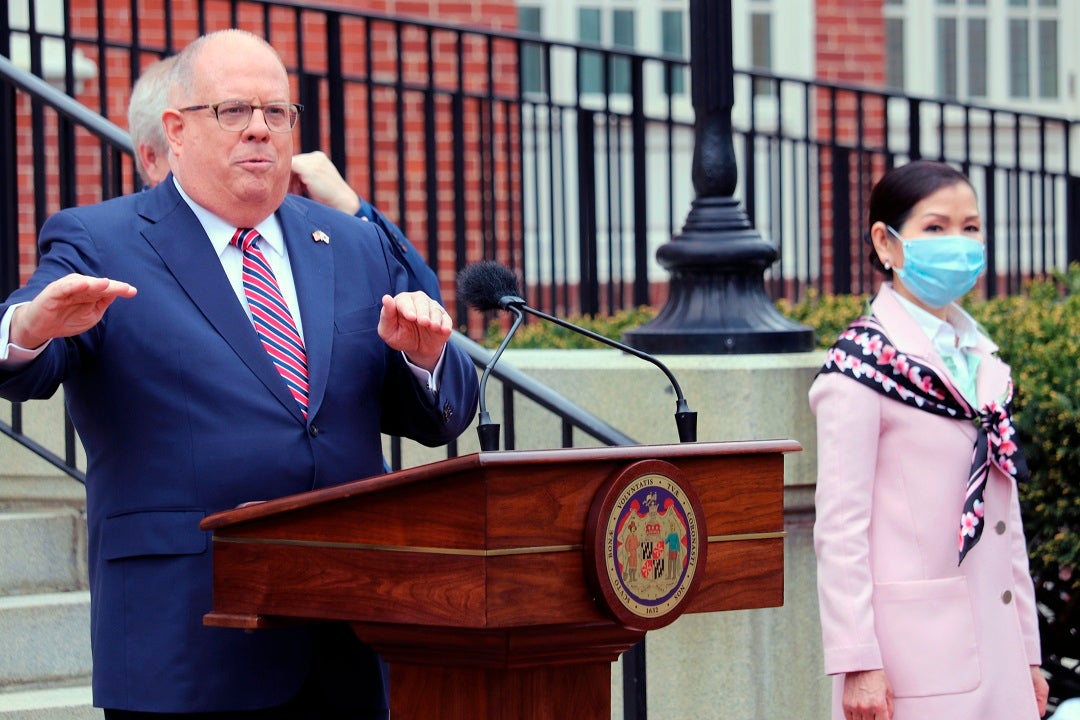 Maryland Gov. Larry Hogan, R., sent some liberals into a tizzy on Thursday when he referred to the Washington Football Team by its original name, the Redskins.

Hogan appeared at the MGM National Harbor’s BetMGM Sportsbook & Lounge to make the first sports wager in the state on the day it became legal. The Washington Football Team, which plays its home games in Maryland, dropped its Redskins name and logo after decades in 2020 amid public pressure to ditch the moniker.

“This is a win-win for Maryland,” Hogan said while holding up his betting slip after placing the legal bet.

“This is the Washington Redskins to win the NFC. Baltimore Ravens to win the AFC. So an all Maryland Super Bowl,” Hogan said.

Critics quickly noticed that he used the now-retired moniker.

A verified Twitter account called “everyone should get a booster” declared, “Continuing to use the former name of the Washington Football Team is such a f—–g tell from Hogan.”

Hogan was also called “racist,” some replied with disparaging emojis and others simply mocked him for betting on the 6-6 team to reach the Super Bowl.

“This is an honest mistake by the Gov., but underscores why the WFT needs an actual new name so it can escape the awful mascot it is still associated with. Keep the colors, but make a clean break otherwise,” one observer wrote.

Big-name retailers such as Amazon, Walmart and Target, as well as Nike and Dick’s Sporting Goods, all removed Redskins merchandise from their websites in 2020 before the official decision to scrap the name was announced.

Hogan noted he would make $20,000 on the bet if it hit. The odds are long indeed, especially for Washington, which hasn’t reached a Super Bowl since 1991. It did win the weak NFC East in 2020, albeit with a 7-9 record, making it the third NFL team with a losing record to ever reach the postseason.