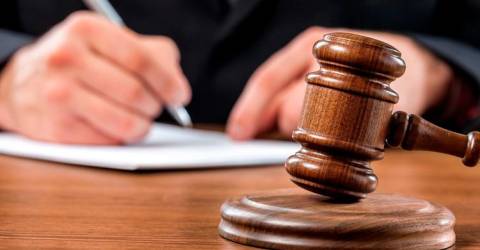 KUALA LUMPUR: The defamation suit by former Defence Minister Mohamad Sabu against a Harakah columnist, its chief editor and publisher over an article that was published on its website was resolved at the High Court here today.

Mohamed’s lawyer Noor Atiqah Abdul Rahman said all parties agreed to settle the dispute out of court and this was recorded before Judge Mohd Nazlan Mohd Ghazali during online proceedings today.

“However, the terms of the settlement cannot be disclosed,” she said when contacted by reporters. The case was still at the case management stage and yet to go to trial.

In the statement of claim filed on Oct 28, 2020, Mohamad, who is Parti Amanah Negara (Amanah) president, claimed that on Sept 14, all the defendants, had together and separately degraded, humiliated, defamed or embarrassed him by writing and publishing defamatory words against him on the Harakahdaily website through an article with the title, “Husam: PAN Parti Diktator”.

The Kota Raja Member of Parliament claimed that the defamatory words, among others, meant that he is a dictator, had abused his position as a party president and a party president who only followed DAP’s instructions.

He also claimed that the defamatory words written by the first defendant (Roslan Shahir) were a source for the second defendant (Wan Nordin) to report and allow the article on it to be published on the Harakahdaily website.

Mohamad, who is better known as Mat Sabu, claimed that the defamatory words were mala fide against him and were aimed at undermining and degrading him and his credibility as a person with good image, reputation and integrity.

As such, he sought general, aggravated and exemplary damages, interests and an order to compel the defendants to apologise and withdraw the defamatory words against him.

The defendants, in their statement of defence filed on Dec. 23, 2020 claimed, they had a political and moral responsibility to publish the reported words to the general public, in particular to the voters.

They claimed the general public, in particular the voters were entitled and had the same responsibility to accept the comments given that the plaintiff was a Member of Parliament.

The defendants claimed that they had no malicious intent to sensationalise news and increase the number of visitors to the https://harakahdaily.net website, adding that website traffic had been the same before and after the publication of the article. — Bernama