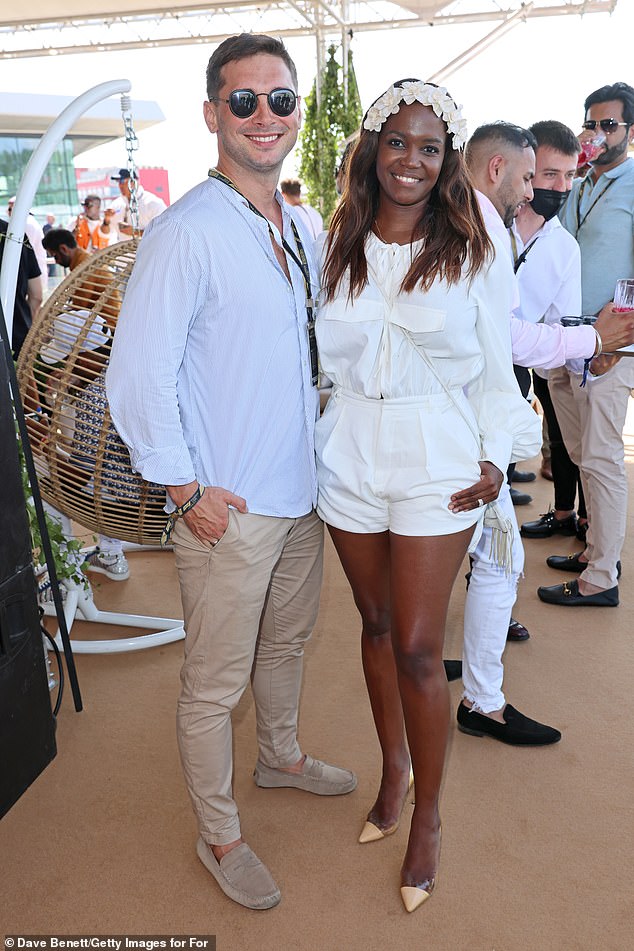 She has replaced Cilla Black as TV’s star matchmaker, but Oti Mabuse has revealed that she called on Oprah Winfrey’s favourite guru when her own marriage hit the rocks.

Oti, host of ITV‘s new Saturday night dating show Romeo & Duet, hired top US life coach Tony Robbins to help rescue her relationship. But she probably didn’t expect to be made to walk over hot coals as therapy.

Oti, 31, said her success on Strictly Come Dancing and the fame that followed triggered difficulties in her marriage to Romanian dancer Marius Lepure, 39.

Recognising the threat to her happiness, Oti called in Mr Robbins – who charges £400 a session and counts stars such as Ms Winfrey and tennis player Serena Williams among his clients – to fix the pair’s marital problems.

Oti initially contacted him in 2018 after she had started the first season of BBC talent show The Greatest Dancer.

Marius Lepure and Oti Mabuse. Lepure felt like he was stuck in his life. He had followed Oti to a new country and she was having so much success and he feltstuck and had no where to go 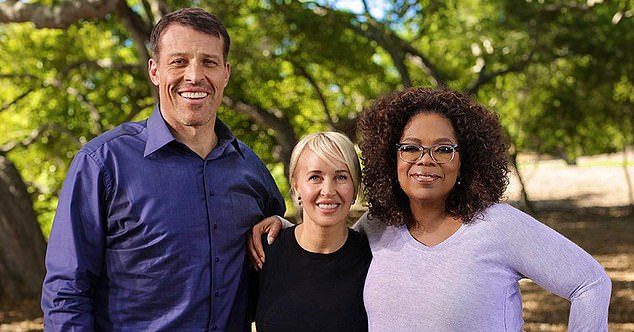 Life Coach Tony Robbins with his wife, Sage, and Oprah Winfrey. Robbins charges £400 a session and counts stars such as Ms Winfrey and tennis player Serena Williams among his clients

She said: ‘My husband was like, ‘I feel like I am stuck a little bit in my life. I’ve followed you to this country and you’re doing well but I feel stuck, I don’t have anywhere to go.’

‘We hadn’t really communicated what we were both feeling at that point. For me, I didn’t feel stuck, I just felt like I didn’t have any fire any more. There was nothing I was willing to fight for, to come out of my comfort zone for.’

One of Mr Robbins’s techniques is to get clients to walk on hot coals, an act meant to symbolise overcoming fear.

Talking about the sessions with him, Oti said: ‘He said at the end we would walk over fire. It felt like he was filling in the gaps I had in my heart and in my head. I hadn’t told my heart what my head wanted, they weren’t communicating.’

Oti later turned to Mr Robbins again to help her to victory on Strictly in 2020 with her partner, comedian Bill Bailey. ‘In my mind a girl who looks like me, from South Africa, would never win,’ she said.

She also revealed that she and Mr Bailey used one of Mr Robbins’s online courses when they needed a lift at week nine after feeling the strain of competition.

She said: ‘They send you a piece of wood, like in the Karate Kid. You just chop it. It should be impossible, but you actually do it. So I did it.’

Oti made her debut last night on Romeo & Duet, in which singletons stand on a balcony and, in an echo of Shakespeare’s play, are serenaded by potential love matches they can hear, but not see.