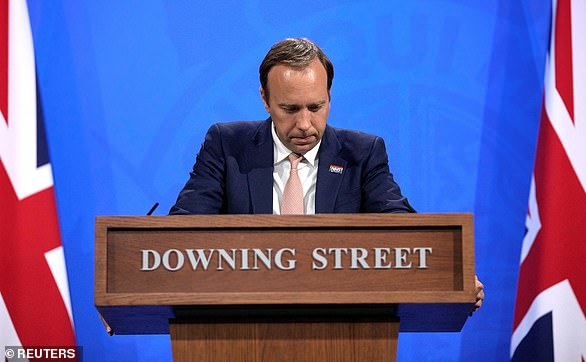 By Katie Hind for the Daily Mail

During the pandemic, whenever Matt Hancock would appear on TV to begin yet another press conference, my sister and I would roll our eyes.

He seemed like an especially boring politician – one who was a bit too fond of calling for ever-harsher lockdowns. By the end of the pandemic, even my 10-year-old niece could do a fine impression of him.

And when he was caught breaking his own social-distancing rules in a steamy clinch with his married lover Gina Coladangelo, I confess I howled with laughter.

During the pandemic, whenever Matt Hancock would appear on TV to begin yet another press conference, my sister and I would roll our eyes

But that all changed last December, when I met the ex-Health Secretary at a drinks party.

A cold winter’s night, a hotel bar – and there was Matt, so much taller than he’d looked from behind his pandemic podium.

The natty pink tie set off his deep blue eyes. Under his well-cut suit, this man was clearly buff.

As a showbusiness reporter, I’m used to going up to famous strangers in search of a story. But as I approached the honourable member for West Suffolk, drink in hand, my heart was thumping. He was a dish!

Now I know that I’m not alone. The 44-year-old – who had the Tory whip withdrawn as punishment for appearing on the reality show – has become Britain’s most unlikely heart-throb.

Teenagers on TikTok are in raptures over him, in what some are calling a repeat of the equally surprising ‘Milifandom’ that formed a few years ago over ex-Labour leader Ed Miliband.

Back in the bar, I introduced myself.

‘I know who you are, Katie,’ Matt replied smoothly. He was grinning – such lovely white teeth! 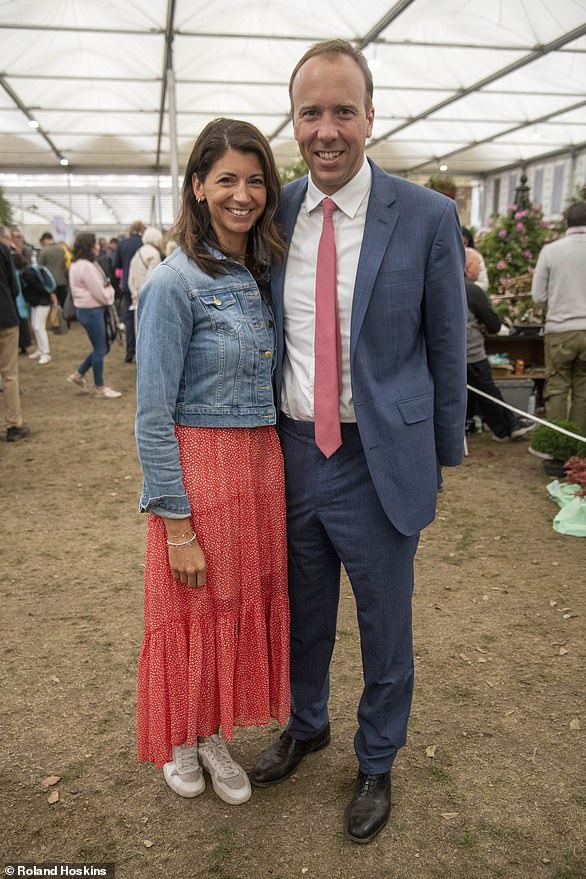 I blushed, So charming. Did he really know who I was? Who knows? But he had me. I hadn’t been this starstruck since I met the footballer Frank Lampard in 2005.

Matt joked about being seen at a party – the No10 lockdown get-togethers were then in the news. By then about six months clear of high office – after Boris Johnson had reluctantly let him go when news of that rule-breaking affair with Gina emerged – he told me he was sick of hearing about PPE.

He was extremely self-deprecating – and he could tell a brilliant, gossipy story about a senior politician while also making it seem as if he was interested in you.

When we discussed his crusade to help dyslexic children – he was diagnosed with the learning disability at the age of 18 – I was struck by the depth of his passion.

The week before, ITV’s Phillip Schofield had thrown a cheap and nasty jibe at Matt when he appeared on This Morning’s sofa.

‘Was it your dyslexia that meant you misread social distancing rules?’ demanded Phillip. Hundreds complained to Ofcom as a result.

Matt was clearly still stung by this so, in a bid to impress him, I shared some fruity anecdotes about Schofield that he lapped up. 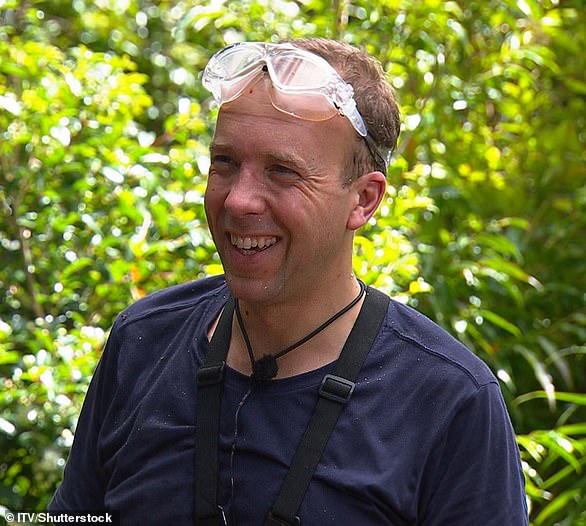 Finally, the entire nation has realised that there’s far more to Hancock than we thought and it’s a treat that we can see him every night in our living rooms

We talked, just the two of us, for 90 beautiful minutes. When he left, it was as if a light had suddenly gone out in the room.

For days afterwards, I bored my friends, family and colleagues about how handsome and charming Matt Hancock was. Some of them might have thought it was a little strange.

But now I know that I’m one of many. A slightly older, very classy and distinguished colleague of mine was equally bowled over when she met him recently just before he entered the jungle.

Like me, she thought she knew who Matt was from reading about him in the papers and seeing him on the news.

Finally, the entire nation has realised that there’s far more to Hancock than we thought and it’s a treat that we can see him every night in our living rooms.

Matt, if you’re reading this, you know where to find me.