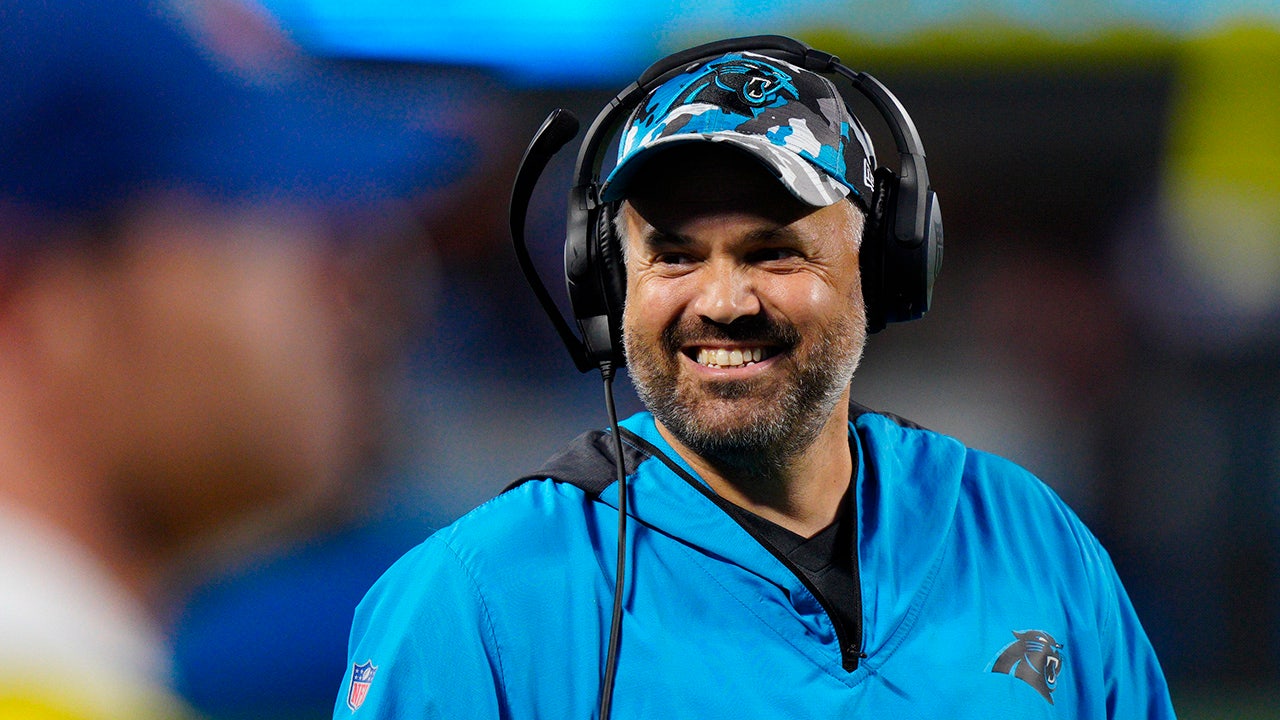 Rhule becomes the latest successful college coach who failed at the NFL level, only to return to the collegiate level. Nebraska and Rhule officially agreed to the terms of an eight-year contract, the school announced on Saturday.

The 47-year-old Rhule was fired in mid-season by the Panthers.

Carolina Panthers head coach Matt Rhule smiles during the first half of an NFL preseason football game against the Buffalo Bills on Friday, Aug. 26, 2022, in Charlotte, N.C.
(AP Photo/Jacob Kupferman)

An ESPN report revealed on Friday that Nebraska was working on finalizing a deal with Rhule.

One of eight Football Bowl Subdivision programs with at least 900 wins, but more than 20 years removed from its 1990s heyday, Nebraska is pinning its hopes on Rhule to replicate his success at his previous two college stops.

Head coach Matt Rhule of the Carolina Panthers talks with officials during the second quarter of the game against the San Francisco 49ers at Bank of America Stadium on October 9, 2022, in Charlotte, North Carolina.
(Eakin Howard/Getty Images)

Carolina Panthers owner David Tepper signed Rhule to a long-term deal in 2020, but Rhule’s college success never translated to the NFL, and he went 11-27 as Carolina’s head coach.

He was only two and a half years into his seven-year deal with the Panthers when he left. He had around $40 million remaining on his $62 million contract.

The contract made Rhule the sixth-highest paid coach in the NFL when he signed in 2020, according to Forbes.

Nebraska did not release terms of Rhule’s contract, but since Nebraska is a public university, the details of the deal will likely be released at a later date. It is important to note that Rhule’s contract with the Panthers does have a dollar-for-dollar offset, which is based on what he would earn on a new job.

Rhule will be introduced at a news conference Monday.

Chantz Martin is a sports writer for Fox News Digital.