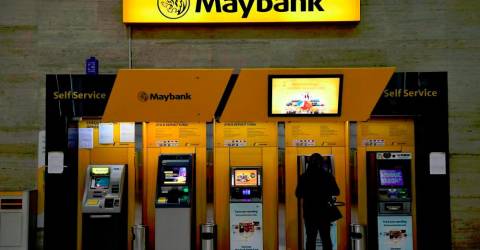 PETALING JAYA: Malayan Banking Bhd’s (Maybank) net profit rose 28.5% to RM2.17 billion from RM1.68 billion for the third quarter ended Sept 30, 2022, as the group benefited from the improving economic environment across the region.

The improvement in net fee-based income was mainly led by mark-to-market gains in financial liabilities and foreign exchange gains while net fund-based income rose on better loan growth across all home markets and net interest margin (NIM) expansion from a rising interest rate environment. Subsequently, this lifted pre-provisioning operating profit by 20.8% to RM4.02 billion compared with a year earlier.

Net profit for the cumulative nine months ended Sept 30, 2022 increased marginally 0.5% to RM6.07 billion from RM6.04 billion last year attributed to the higher taxes paid despite an 8.3% improvement in profit before tax.

Revenue for the period increased 5.3% to RM36.55 billion from RM34.7 billion last year on the back of higher net operating income led by an increase of 8.1% year-on-year in net fund based income to RM15.37 billion supported by loans growth across all home markets and NIM expansion, while net fee-based income rose 8.4% y-o-y to RM5.34 billion.

Group president and CEO Datuk Khairussaleh Ramli said that the group will drive income growth across its loan portfolio and fee income streams as well as maintain discipline over its asset quality monitoring.

“While Asean economies are expected to continue their growth into next year albeit at a slower pace, we will keep our strong liquidity and capital positions to manage potential downside risks that could emerge in the operating environment.

“We will also accelerate improvements across our five strategic thrusts under M25+ including customer centricity, digitalisation, regionalisation, sustainability, and Islamic finance so that the organisation remains in the leadership position beyond 2025 and capable of delivering hyper-personalised customer service offerings that encompass the customer’s lifecycle journey,” he added.