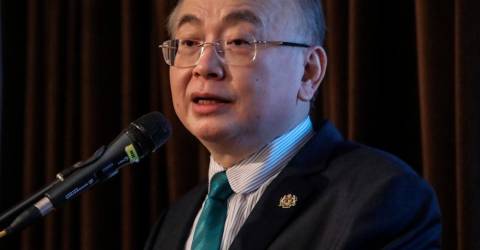 Wee said they started this strategy in the Melaka and Johor state elecitons, and are now using it in the 15th general election (GE15).

“We see how the new generation loves development and they want spirited elected representatives to bring their voice to Parliament.

“This is a long term struggle, so we want to boost things by making the perception of this party as one that is dynamic, capable of helping citizens of all races, and to listen to the pulse of Malaysians,” he said in a speech at the Barisan Nasional (BN) Cheras operations room here today in the presence of Mike Chong Yew Chuan, BN candidate for Cheras and Cheras UMNO division chairman Datuk Mahadi Abdul Syukor.

Wee said even though the Cheras seat is said to be a Pakatan Harapan (PH) stronghold, MCA believes that the residents here wanted change according to programmes and feedback received by their candidate.

“We believe Chong can represent the youth and if he wins, he will be the first BN parliamentarian who will win a Federal Territories seat,” he said.

Chong, 39, who is MCA central information chief, will be going up against incumbent Tan Kok Wai (PH) and Chin Yoke Kheng (Perikatan Nasional)

Chong meanwhile said that they had found many issues with infrastructure and facilities, especially in terms of housing and public transport, in addition to traffic congestion during their walkabouts in the first week of campaigning.