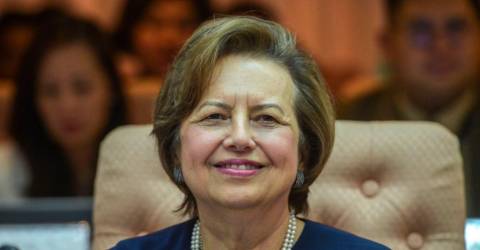 According to Malaysiakini, this comes after the MACC revealed last Friday that a total of US$15.4 million (RM64.4 million) in 1MDB-linked funds that involved a company co-owned by Zeti’s husband Datuk Dr Tawfiq Ayman has been returned by Singapore to Malaysia.

“The 1MDB scandal has haunted Malaysians and left a huge impact on the country’s political landscape.

“Due to the various speculations on the case, 1MDB was largely blamed as having caused the collapse of the then federal government which had ruled for 61 years.

“Therefore, it is pertinent that MACC conducts a thorough investigation so that the rakyat may discover the real story and blind accusations against innocent individuals will halt,” MCA central committee member Quek Tai Seong was quoted saying in a statement today.

He noted that as a former governor of BNM, Zeti should wield responsibility on the 1MDB case as she should have knowledge of what was happening.

“It is time that the couple come forward and cooperate with the authorities on what actually transpired so that further probes may proceed,“ added Quek.

Quek, who is also MCA Pahang state liaison committee secretary, said the most important issue is exposing the real perpetrators and holding them accountable for any wrongdoings they committed.

“Everyone is considered innocent until proven guilty under the rule of law,“ he stressed.