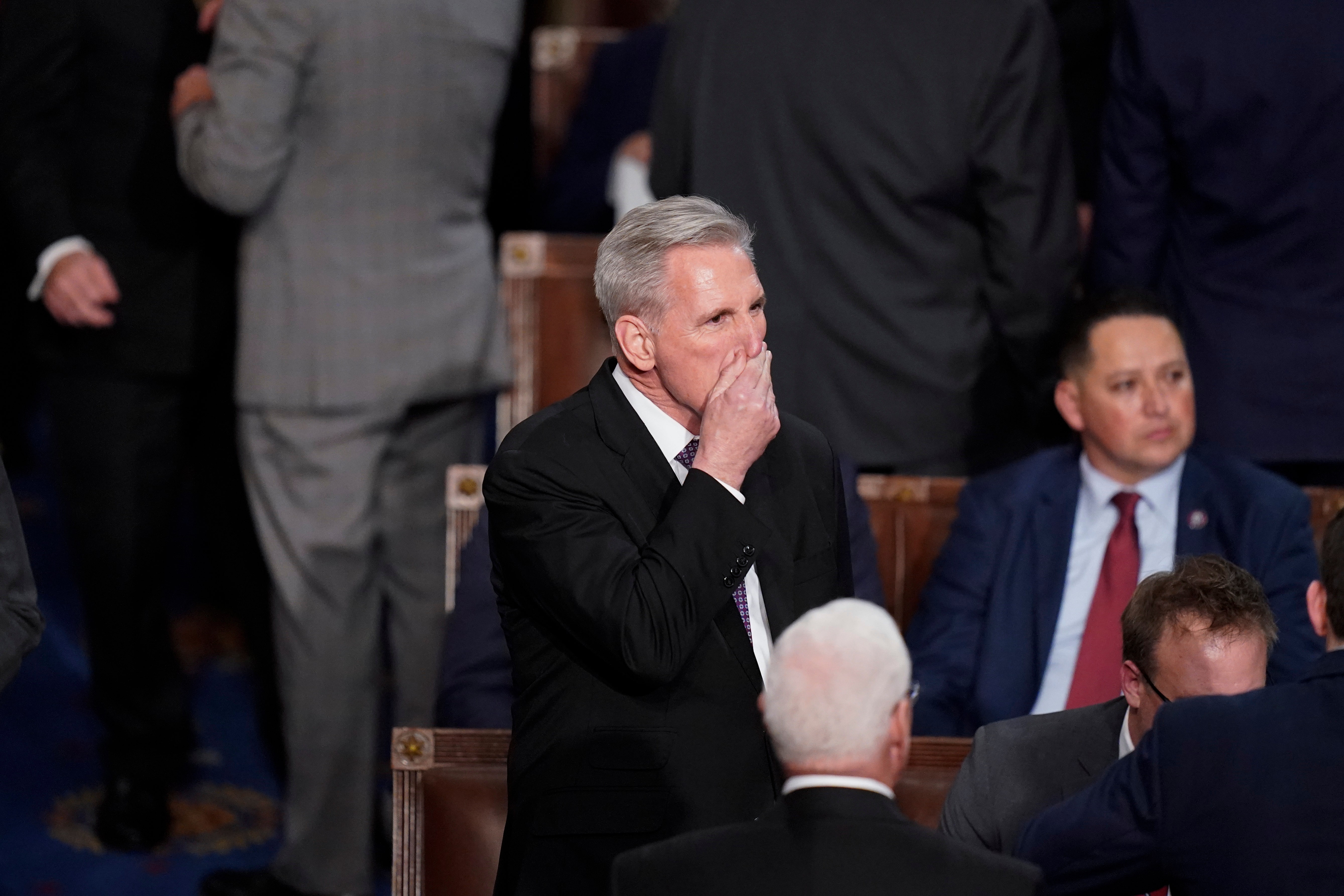 Rep.-elect Kevin McCarthy, R-Calif., and members of the House Freedom Caucus are reportedly discussing additional concessions in efforts to sway more Republican voters toward electing McCarthy as Speaker of the House.

A GOP aide confirmed to Fox News that McCarthy is considering giving more power to HFC members as he tries to gain the 218 votes needed to be elected to the position.

The ideas being discussed include adding more HFC members to top committees, more representation on the steering committee and commitments for votes on major bill items the HFC wants votes on.

The items were reportedly discussed before Wednesday night’s motion to adjourn until noon on Thursday.

Rep. Kevin McCarthy, R-Calif., arrives to the House chamber at the beginning of an evening session after six failed votes to elect a speaker and convene the 118th Congress in Washington, Wednesday, Jan. 4, 2023.
(AP Photo/Alex Brandon)

The GOP aide also said there is movement on a motion to vacate the chair, and that moving to a one-member threshold is becoming “less of an issue” from McCarthy’s end.

The House is expected to begin its seventh vote on Thursday as McCarthy has failed to secure the votes six total times: three times on both Tuesday and Wednesday. The most he received came on Tuesday with 203 votes.

Twenty Republicans are standing in McCarthy’s way to the speakership, with most of them being members of the House Freedom Caucus. One of the preferred candidates for the 20 representatives is Rep. Jim Jordan, R-Ohio, who has said he isn’t interested and announced his support for McCarthy.

During the last three rounds of voting, Republicans put up Rep.-elect Byron Donalds, R-Fla., as an alternative, but he never gained more than 20 votes.

Those opposing McCarthy have said they want to ensure they are not forced to give up committee assignments, they want investigative inquiries into the FBI and others, and they want to reinstate the motion to vacate — a process of the majority party voting out the current speaker, should they lose faith in his or her leadership.

Before the narrow 216-214 decision to adjourn Wednesday night, McCarthy said some progress had been made with those voting against him, adding that private discussions are more productive than forcing more votes.

“I crawl before I walk, I walk before I run,” McCarthy said after the House adjourned. “I felt as though we had a very good discussion.”

Electing a speaker must be the first action of a new session of Congress. It must happen before swearing-in ceremonies for new members. The last time a speaker vote failed was in 1923.