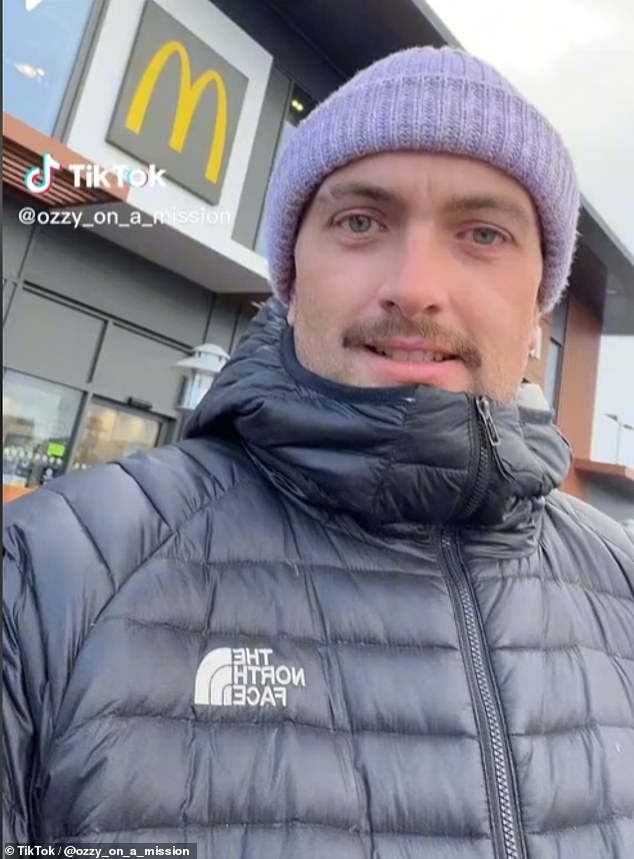 A McDonald’s superfan has revealed how to bag extra chicken nuggets for less than a price of a large meal thanks to his clever ordering hack.

Earlier this month, TikTok user Ashley Osbourne  told his 11,000 followers how they can get ‘more bang for their buck’ at the self-checkouts.

Filming himself in a local branch of the fast food chain, Ashley, from Llandudno Junction, Wales, demonstrated how getting two chicken nugget Happy Meals was more economical than ordering a large adult meal.

Walking viewers through the process, Ashley said: ‘Another McDonald’s hack you all need to know about.

Ashley Osbourne revealed how to bag two extra nuggets AND save money in a viral TikTok that’s amassed over 5.2m views

‘A large six chicken nugget meal is £6, but if you get two chicken nugget Happy Meals, you’ll get two drinks, two fries and eight nuggets for cheaper.’

In comparison, a large meal – consisting of eight nuggets, large fries and a drink – is £6.09.

By ordering two of the Happy Meals, Ashley saves 11p but gains two additional nuggets and a second choice of drink. 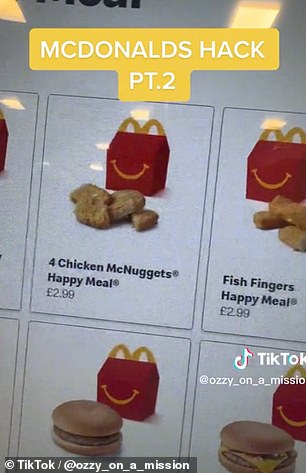 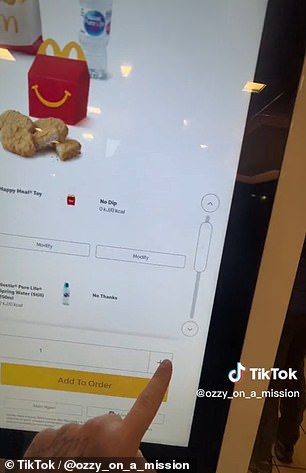 Since it was uploaded earlier this week, Ashley’s TikTok has racked up over 221,000 ‘likes’ and over 5.2m views.

One replied: ‘Thank you! I did not know that!’

Another added: ‘So simple but didn’t think of it myself…’

Meanwhile, a third wrote: ‘Martin Lewis is shaking in his boots, I bet!’

What’s more, a fourth pointed out that Ashley’s method also comes with the addition of two Happy Meal toys too.

‘You forgot the two toys,’ they wrote. ‘Bonus!’