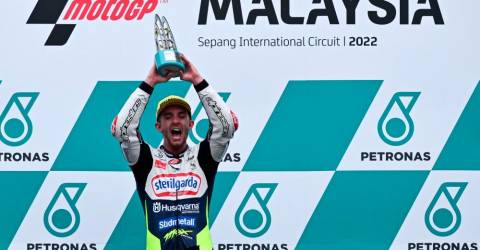 Malaysian wildcard rider, Syarifuddin Azman, or known to his peers as Damok, who started from the seventh row of the grid, completed his race in 16th place, thus achieving his mission to finish the race in the top 19 although failing to gain points.