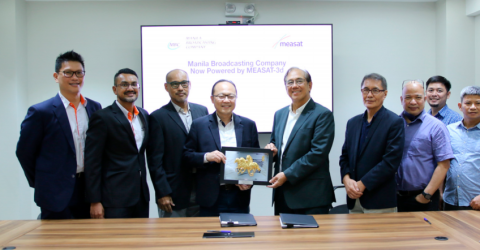 Measat chief commercial officer Ganendra Selvaraj said MBC is one of Measat’s long-standing customers having been broadcasting on the Measat-2 satellite since 2001.

“When MBC’s headquarters caught fire in 2019, destroying most of the key equipment, we raced to support via our own Measat Teleport and Broadcast Centre uplink for almost a year while MBC rebuilt their main studio,” he said in a statement.

“This latest migration further strengthens MBC’s broadcast services via Measat through their broadcast facility in Manila,“ he added.

MBC president Ruperto Nicdao Jr added that Measat has been an excellent partner over the years and was a great help amidst the challenge of rebuilding its studio.

“Through this migration to Measat-3d combined with a new uplink antenna built with Measat’s support at our newly renovated studio facility, our position is now further strengthened,” he commented.

Measat-3d is co-located with Measat-3a and Measat-3b at the 91.5°E orbital hot slot to form one of the region’s most powerful video neighbourhoods with in-orbit redundancy and expansion capacity.