BOOK OF THE WEEK

Margery — the mad one. Brynhild — the divorced one who died from cancer on her failing farm. Daphne — the Rudolf Steiner obsessive who founded a school. Noel — the doctor and the one with whom Rupert Brooke was in love.

Four remarkable sisters born at the end of the 19th century, and I didn’t know about any of them before reading this utterly absorbing book in which their whole lives are laid before us. Their story has opened my eyes to whole new areas of early 20th-century British life — not least the skinny-dipping craze among the pre-World War I back-to-nature movement known as the ‘Neo-Pagans’.

Olivier sisters in a tree. Margery — the mad one. Brynhild — the divorced one who died from cancer on her failing farm. Daphne — the Rudolf Steiner obsessive who founded a school. Noel — the doctor and the one with whom Rupert Brooke was in love

Ingredients for a Neo-Pagan afternoon? Dappled shade by a river, preferably at Grantchester, absence of clothes, wet hair, sound of splashing, Rupert Brooke reading aloud a poem. Take me there right now.

Gosh, those four enchantingly pretty Olivier sisters were badly behaved as little girls. Their parents, Sydney and Margaret Olivier, were Fabians, which meant they were socially so unsnobbish that their servants dined with them.

But the girls were allowed to run wild in the Surrey woods — visitors described them as ‘savages’ — and their nanny, Gertrude, used to wonder ‘if all socialist infants are so exhausting’.

Their physically fearless and feral girlhoods made them psychologically unafraid as they approached womanhood.

Brynhild, most dazzling of all, was the cause of a lot of sexual tension at those Neo-Pagan gatherings. She and H. G. Wells were lusting after each other at a picnic, ‘but they managed to dispel it with a vigorous game of rounders’. Phew.

It was the youngest, Noel, on whom Rupert Brooke became fixated — when he was 21 and she 16 and still at Bedales (the favoured progressive school for children of Fabians).

Brooke used to arrange to appear at places where he’d heard Noel would be, such as camping in the New Forest, where everyone was ‘singing to the birds, tumbling about in the flowers, bathing in the rivers’. He described Noel as ‘more glorious than the sun and stronger than the sea . . . whose brain is clean and clear like a man’s, and her heart is full of courage and kindness; and whom I love’.

A bit of casual sexism there, but it was only 1908. Noel teased and encouraged Brooke, but didn’t fully reciprocate his love — and she has been partly blamed for the nervous breakdown he suffered in 1911 after she’d rejected him totally.

He was deeply embittered, and spluttered in a letter to his friend James Strachey that Noel would have to fall in love one day, when her biological clock demanded it, and she would be ‘ripe for anybody — some rather small and very shiny man, probably syphilitic and certainly a Jew. She’ll crawl up to him, will Noel, and ask him to have her. And no doubt he will’. 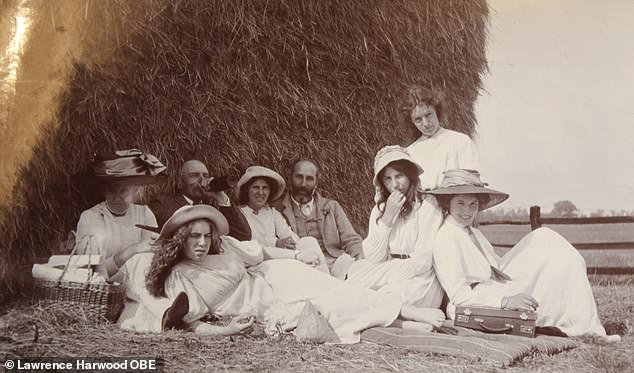 The sisters at a picnic. Brynhild, most dazzling of all, was the cause of a lot of sexual tension at those Neo-Pagan gatherings. She and H. G. Wells were lusting after each other at a picnic, ‘but they managed to dispel it with a vigorous game of rounders’

So, not quite the angel he was immortalised as after his tragically early death from sepsis on his way to the Dardanelles in 1915. As soon as the Dean of St Paul’s read aloud his poem, ‘If I should die’, Brooke was sanctified by the British public. The Olivier sisters, who had known the flesh-and-blood Rupert, were dismayed to see their flawed friend transformed into a mythological hero — much as they treasured their memory of him. From that moment until the end of her life, Noel refused to let any of Brooke’s biographers look at the love letters he’d written to her.

Sarah Watling opens her epic saga with this scene in 1962: Rupert Brooke’s biographer, Christopher Hassall, visits a wizened old retired female doctor in Kensington — Noel — who doggedly refuses to let him look at the letters.

At the height of the Neo-Pagan paradise in 1909, all the members of the group made a pact: that they would meet for breakfast at Basel station in Switzerland on May 1, 1933, and ‘vanish from the knowledge of men and make a new world together’.

It’s heart-breaking, as you read on, to see just how events would conspire to thwart this vision.

It’s heart-breaking, as you read on, to see just how events would conspire to thwart this vision

Noel comes across as a frivolous child — but she suddenly matured and studied medicine at UCL, taking her studies extremely seriously. She would go on to marry a fellow doctor, a sturdy Welshman named Arthur Richards, and they lived an exhausting life of doctoring, commuting and bringing up their five children.

Now we get to the mental health problems. Daphne first: she was diagnosed with delirium after Rupert Brooke’s death and an unhappy affair, and was sedated in a psychiatric institution.

In those days, the method of ‘healing’ that particular condition was to stuff a woman with food and remove all intellectual stimulation. It was normal to put on three and a half stone during these ‘rest cures’.

Daphne got out and got better, although she did then fall under the spell of the spiritualist and anthroposophist Rudolf Steiner.

She went on to marry a fellow Steiner obsessive, Cecil Harwood, and they founded the first Rudolf Steiner school in Britain.

Poor Margery was the really unhinged one. She started out with such promise: an undergraduate at Newnham College, Cambridge, and all the fun that went with it.

She collapsed soon after breaking off an engagement to an employee of her father’s.

Then the delusions started. Margery was convinced that a mathematician called Harry Norton was madly in love with her. She wrote him letters that assumed their engagement. 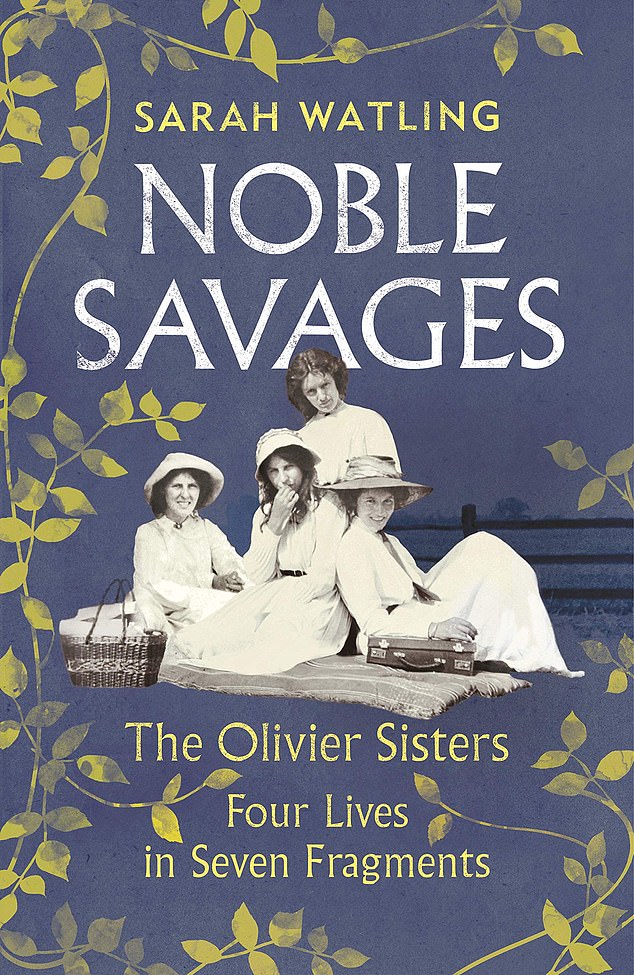 Her sisters called it Margery’s ‘Nortomania’. She was found wandering the streets of London in the middle of the night in her dressing gown, trying to find him. She would spend the rest of her life (42 more years) in various asylums, suffering from increasing dementia and later developing a firm belief that the Prince of Wales was in love with her. She was violent and tried to strangle a nurse.

I thought, at least, Brynhild was happily settled — but no.

Strong-willed like the rest of them, she fell out of love with her first husband, art historian Hugh Popham, and in love with a man called Raymond Sherrard.

She divorced and married Raymond, but things didn’t get better for her. The couple were desperately short of money, trying to run a hopeless farm in Sussex that George Bernard Shaw had lent them money to buy. Then Brynhild was diagnosed with cancer and died at the age of 47.

Noel — even sensible Noel — grew tired of Arthur and went on to have an affair with James Strachey, the very man to whom Rupert Brooke had written that bitter letter. I imagined him turning in his grave at this moment.

The life stories of these women remind us that the 1880s was the very worst decade in which to be born. Those carefree young wood-sprites had no inkling they would have to endure with open adult eyes the cataclysms of the 20th century.

The cruellest fact of all: Margery, stuck away in her asylum, outlived all her sisters, living on in her delusional state until 1974.