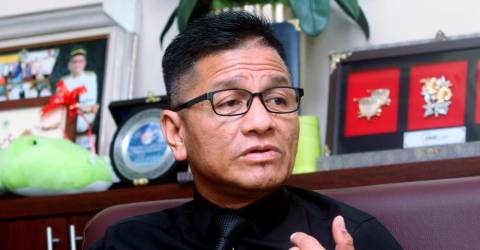 MELAKA: Former Pengkalan Batu assemblyman Datuk Norhizam Hassan Baktee (pix) said whether he will be fielded as a candidate in the Melaka state election would be a collective decision by Pakatan Harapan (PH).

He said DAP secretary-general Lim Guan Eng’s statement yesterday pointed out that the party would not accept Norhizam back as a PH candidate in the polls was the party’s own views.

“That is DAP’s view, we shall wait for PH’s decision,” he told Bernama via text when contacted today.

In the 14th General Election (GE14), Norhizam contested on a DAP ticket and defeated Barisan Nasional candidate Chua Lian Chye and Ramli Dalip of PAS with a 2,756 vote majority.

The Election Commission has announced Nov 20 as the polling date for the Melaka polls with nominations set for Nov 8 and early voting on Nov 16.

The Melaka state assembly was dissolved on Oct 4 after four assemblymen withdrew their support for the leadership of Chief Minister Datuk Seri Sulaiman Md Ali.