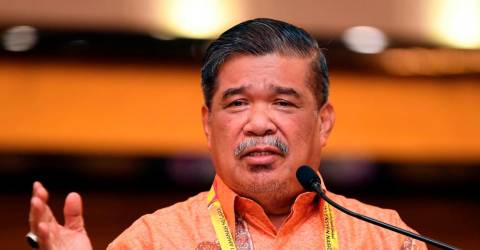 KUALA LUMPUR: Pakatan Harapan (PH) will decide on the distribution of seats for the Melaka State Election soon.

Amanah president Mohamad Sabu(pix) said the matter was still being discussed by the coalition.

“It is being discussed, it will be decided in a day or two,“ he said when met by reporters during the presentation of the Pakatan Harapan (PH) 2022 Budget at Parliament House here today.

Mohamad said the position of four former Melaka State Assemblymen in the polls was also being discussed.

On Oct 5, four Melaka state assemblymen announced that they had withdrawn support for the state government led by Datuk Seri Sulaiman Md Ali, which saw the dissolution of the state assembly, paving the way for the polls on Nov 20.

Earlier, Idris was reported to have said that the four of them had left it up to the PH leadership to determine their position in the Melaka state polls.

Meanwhile, PH Chairman Datuk Seri Anwar Ibrahim who is also PKR president, called on the PH machinery to comply with the standard operating procedure (SOP) set for the state polls.-Bernama