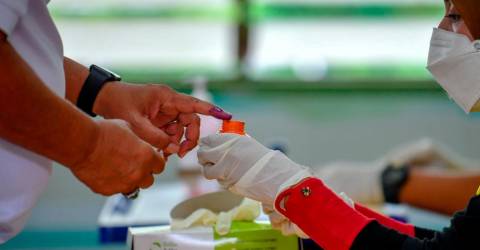 Melaka made history as the first state to follow in the footsteps of Sabah which changed its chief minister three times after the 14th General Election (GE14) in 2018.

In addition the state, for the first time in its history, is holding the state election separately and not simultaneously with federal seats during a general election.

In addition, it witnesses Gerakan using the Perikatan Nasional (PN) logo and PAS, as part of the PN coalition, for the first time ‘sacrificing’ its logo and contesting under the PN logo.

The first time PAS did not use its logo was in the the fourth general election (GE4) in 1974 when it contested on a Barisan Nasional (BN) ticket, before the Islamic party left BN in 1977 and contested as the opposition in GE5 in 1978.

Gerakan meanwhile, had previously used the BN logo before leaving the coalition on June 23, 2018 after GE14, which saw the party defeated in all 11 parliamentary seats and 31 state seats it contested.

In this election too, Datuk Norhizam Hassan Baktee is contesting for the first time on an Independent ticket to defend the Pengkalan Batu state seat which he won in GE14 on a Pakatan Harapan (PH) ticket.

On March 2, 2020, Norhizam, who was then Melaka DAP deputy chairman expressed his support for the new PN state government and was sacked by DAP.

For the first time in the nation’s history too, with the new norm, public speeches, lectures, physical campaigning, house-to-house visits, walkabouts and leaflet distribution to the public were not allowed. — Bernama