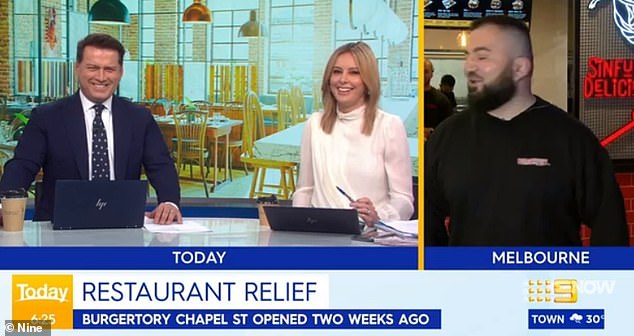 Today show host Karl Stefanovic now has a a monstrous burger named after him.

Melbourne burger chain Burgetory’s has created the ‘Wrath of Karl’, which is made up of multiple meat patties, maple-glazed bacon and potato gems.

The Burgertory founder had previously promised to create a ‘spicy’ burger for Karl during an interview on the show in September.

‘It’s a proper burger,’ Karl said in awe, as his co-host Allison Langdon joked that Karl was ‘drooling’ at file footage of the burgers.

A sample of the burger was shown to viewers at home, with the stacked contents clearly visible inside the charcoal-infused buns. 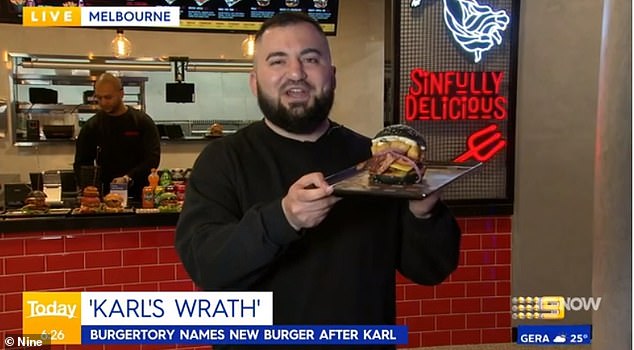 The ‘Wrath of Karl’: A sample of the burger was shown to viewers at home by Burgertory founder Hash Tayeh, with the stacked contents clearly visible within charcoal infused buns

Mr Tayeh said the ‘limited’ burger would be sold from 12AM Wednesday (when Melbourne lockdown lifts) for $16.

Burgertory launched its store on Melbourne’s Chapel Street in the middle of lockdown and has been surviving with its takeaway orders. 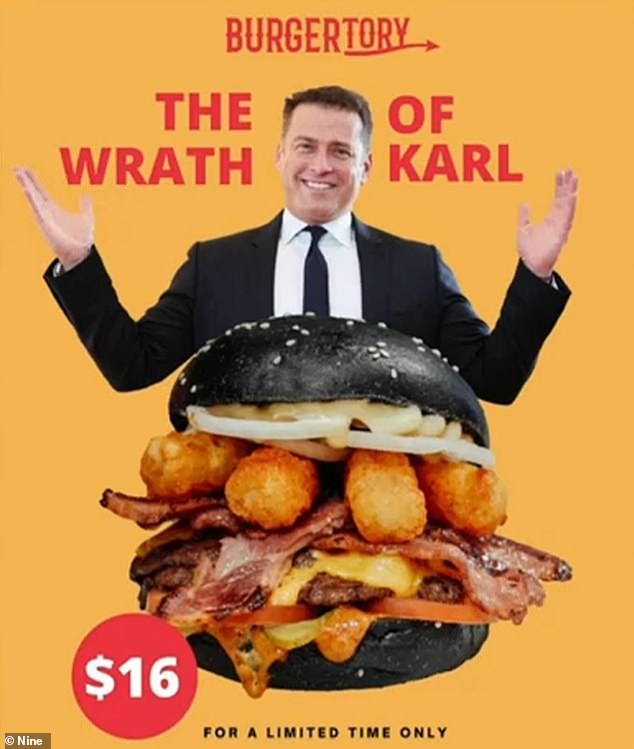 Would YOU eat this? The ‘limited’ burger will be sold from 12AM Wednesday (when Melbourne lockdown lifts) for $16 at Burgertory on Chapel Street

The premier relaxed restrictions for the city of five million, which has been shut down since July 8 after the virus escaped from two quarantine hotels.

Melbournians will finally be able to leave their homes for any reason from Tuesday night as pubs, shops and restaurants open for the first time in three months. 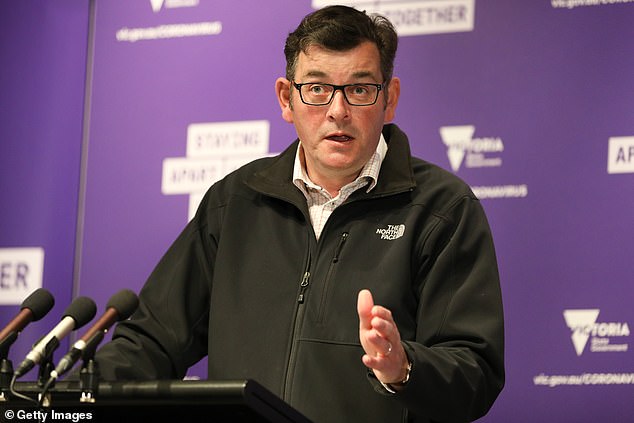 Opening the city back up: Victorian Premier Daniel Andrews (pictured) has relaxed restrictions for Melbourne. Pubs, shops and restaurants will be allowed to open with 20 people indoors and 50 outside from Tuesday night – and these limits will increase in two weeks’ time