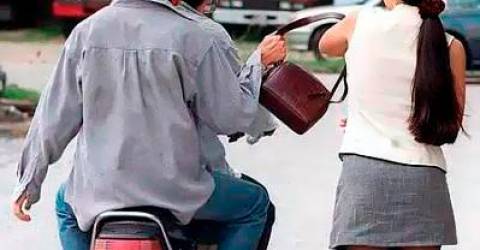 KUALA LUMPUR: An attempt by two men, including a foreigner, to rob a woman at Persiaran KLCC, Jalan Ampang, near here on Sunday failed after both suspects were apprehended by members of the public.

He said police received a report on the incident at 9.38 pm.

In the incident, the 18-year-old foreign female victim who is a college student in her country was walking alone in a lane before being approached by two men on a motorcycle who tried to snatch her handbag, he added.

“Following the arrest of both suspects, police also seized a motorcycle, two motorcycle helmets and a bunch of motorcycle keys believed used in the incident,” he said when contacted today.

According to Noor Dellhan, the victim came to Malaysia on a personal matter.

He also said both suspects were remanded from yesterday until this Friday to assist in the investigation and the case is being investigated under Section 393 of the Penal Code for attempted robbery.

Today, a one-minute and five seconds video clip showing a woman wearing a long gown struggling with one of the snatchers to get her handbag back before being assisted by bystanders, went viral on Twitter with more than 24,000 views.-Bernama