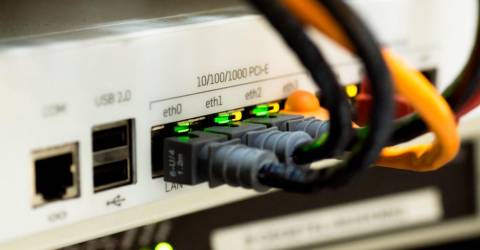 KUALA LUMPUR: Large houses that are two or three storeys high are recommended to install the Mesh Wi-Fi system to get good Internet coverage.

Communications and Multimedia Commission (MCMC) chief operating officer Datuk Mohd Ali Hanafiah Mohd Yunus said this is because the Mesh Wi-Fi has routers that help to coordinate coverage throughout the home area, covering every corner of the space.

“When staff from telco service provider (telecommunication company) comes, he has to look at the whole house or premises and if the house is two-storey or three-storey, we recommend these big houses use Mesh Wi-Fi.

“This Mesh Wi-Fi has a router and it will collect the router signals as if it was a repeater, for each floor and coordinate coverage throughout the house,“ he said when appearing as a guest on the ‘Internet dan Anda’ programme on Bernama TV last night.

Apart from that, Mohd Ali Hanafiah said the latest devices that have access to 4G and 5G networks also play an important role in getting good and fast Internet coverage.

Meanwhile, Mohd Ali Hanafiah said to date, a total of 911 Keluarga Malaysia Digital Economy Centres (PEDi) had been set up nationwide, in an effort to provide Internet connectivity to the people.

“The PEDi is not only being set up in rural areas, it also operates in the city where we want to help the urban poor to get access to fast Internet and not be left behind.

“This is because through PEDi, the people can use and borrow the equipment provided such as cameras and tablets. Among the urban areas that have PEDi are in Putrajaya and Sentul, Kuala Lumpur,” he said. — Bernama