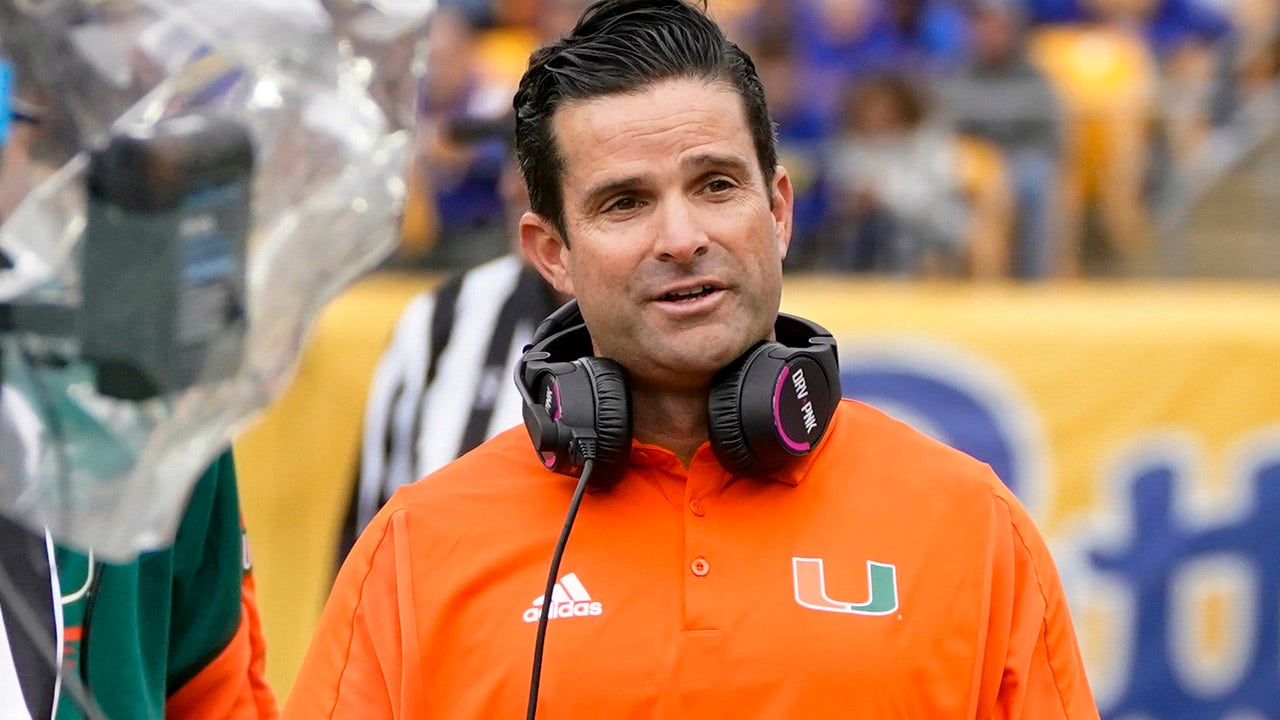 The University of Miami football program was disciplined Monday for violating an odd rule regarding the number of communication devices the coaching staff used over the weekend.

The Hurricanes were on the road against No. 17 Pittsburgh when the violation occurred.

Miami tight end Will Mallory (85) celebrates with Elijah Arroyo (80) and others after making a touchdown catch against Pittsburgh during the first half of an NCAA college football game, Saturday, Oct. 30, 2021, in Pittsburgh.
(AP Photo/Keith Srakocic)

“The University of Miami violated NCAA Football Playing Rule 1-4-12 (coaches’ phones, headsets and communication devices) and consistent with the playing rule, is being issued a public reprimand and a 20 percent reduction in communication devices for this week’s game against Georgia Tech, the conference said.

“Teams must exchange a ‘headset sheet’ and ‘team credential list’ at least 90 minutes prior to its scheduled contest. Schools are limited to 23 communication devices.”

ESPN noted that NCAA rules state teams must give each other a list of who will be on the devices and a list of those who are permitted within the team areas.

Miami won the game 38-34 and may have put a roadblock on Kenny Pickett’s Heisman Trophy hopes. Pickett had 519 passing yards and four touchdowns.

Miami freshman Tyler Van Dyke was 31-for-41 with 428 passing yards and three touchdowns.

Miami head coach Manny Diaz, right, watches as referee Jeff Heaser, left, looks at a review screen after a targeting penalty was called against Miami during the first half of an NCAA college football game, Saturday, Oct. 30, 2021, in Pittsburgh. The review determined no targeting.
(AP Photo/Keith Srakocic)

The Hurricanes have now beaten top 25 teams for the second consecutive week. Last week, it was a close victory against NC State.