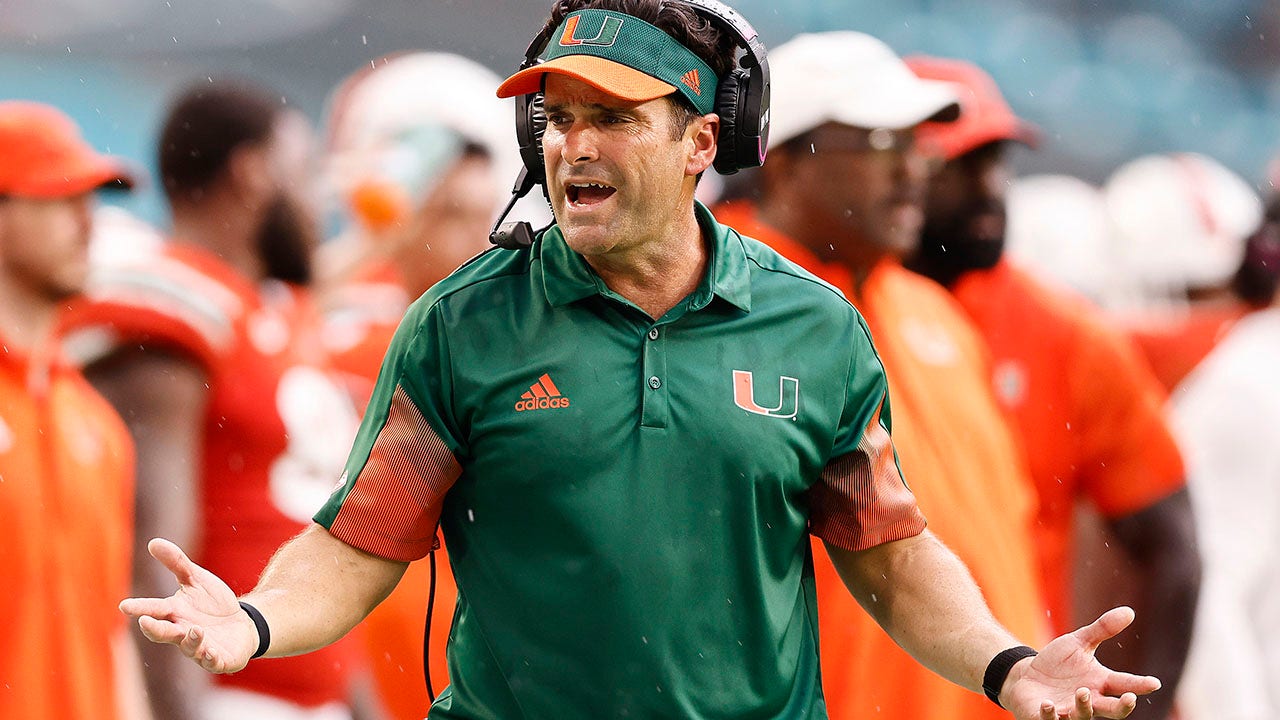 Amid the spate of major moves and shakeups in college football, the Hurricanes appeared to have made their first move. Diaz was let go Monday, according to multiple reports.

Miami head coach Manny Diaz, right, watches as referee Jeff Heaser, left, looks at a review screen after a targeting penalty was called against Miami during the first half of an NCAA college football game, Saturday, Oct. 30, 2021, in Pittsburgh.
(AP Photo/Keith Srakocic)

Yahoo Sports and the Miami Herald were among the first to report Diaz’s dismissal. Meadowlark Media‘s Mike Ryan Ruiz reported Miami’s deal with Cristobal should be a done deal by Monday afternoon.

Miami would later announce the decision.

“We are grateful to Coach Diaz for his many contributions to our campus community and to his native South Florida, and for the strong leadership and exemplary character he exhibited during his tenure at the University,” president Julio Frenk said in a statement. “We wish him and his family the very best as they move forward.”

Diaz took over as the Hurricanes’ head coach before the start of the 2019 season. Miami made the move to bring him in after he had agreed to coach Temple. After head coach Mark Richt retired, the Hurricanes hired Diaz without doing a national search.

Miami was 6-7 in his first year and lost the Independence Bowl. The team was 8-3 in 2020 and lost the Cheez-It Bowl. The Hurricanes were dealt more injury blows during the 2021 season but still managed to finish 7-5 with another bowl game on the horizon.

Unsatisfied with the program not getting national prominence, the Hurricanes reportedly targeted Cristobal, who appears to be closing in on getting a deal with the Hurricanes.

Cristobal didn’t exactly deny he wasn’t going to leave Eugene before the 2022 season.

“When you say someone’s offer, I haven’t talked to anyone,” Cristobal said, via 247 Sports Friday night. “Let’s not create narratives as we sit in this press conference. Oregon is working on some stuff for me and that’s what I have right now.”

Cristobal stopped short at a full denial he was leaving Oregon. He was asked what he would tell fans about the rumors circulating.

“I would say if there is anything to report, I would report it,” he said. “I always have over the years. I think because certain things or some things are actually put out there or not, every year our entire staff, whether it is behind the scene, public or not, we’ve always had people come after our people, including myself. How the media treats it, how the media postures it, I have no control of it.”