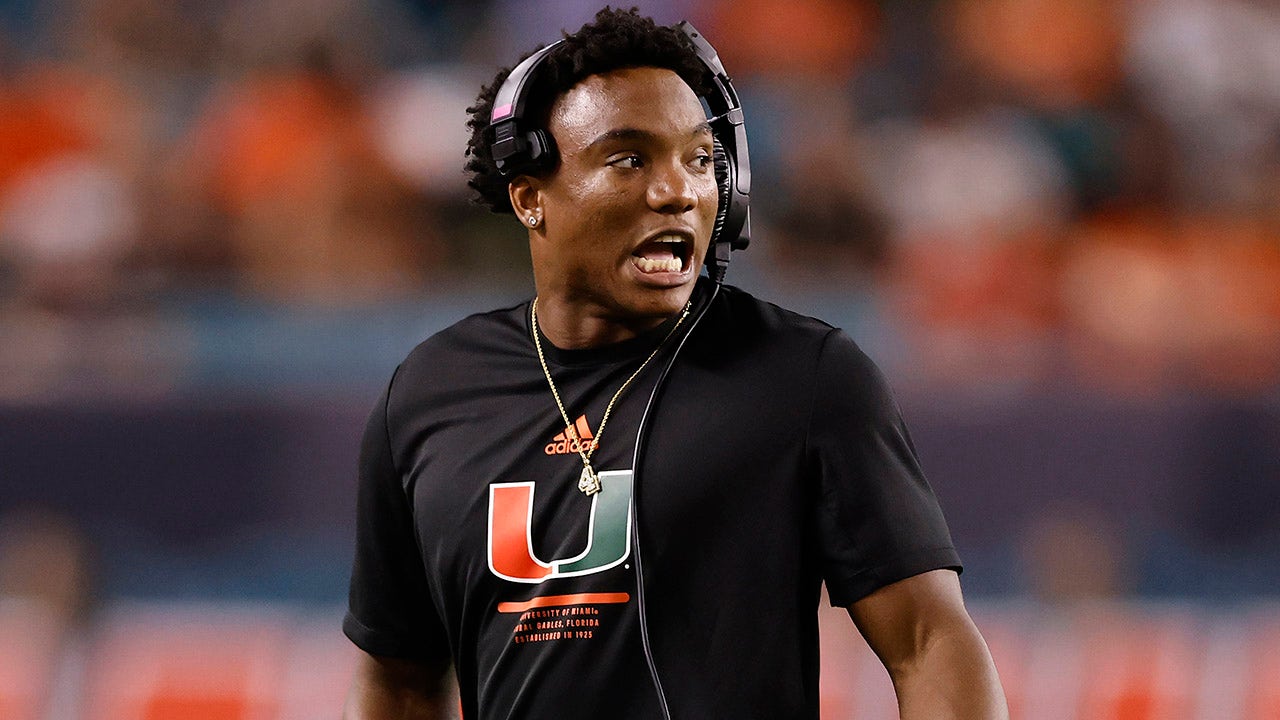 Miami quarterback D’Eriq King needs surgery to repair his right shoulder and will miss the remainder of the season, a major blow to the reeling Hurricanes and their hopes of contending in the Atlantic Coast Conference.

King was injured in the second half of Miami’s loss to Michigan State last month, a game that may end up marking the last appearance of his college career. He left the field after getting hurt, then returned and didn’t miss a series but was clearly laboring.

The Hurricanes learned the following day that he likely needed surgery, but both they and King were holding out hope that rehabilitation would give him a chance of playing again this season. That hope is now gone, coach Manny Diaz said on his weekly radio show Monday.

“We’re now however many weeks out, and I think in D’Eriq’s mind we’ve exhausted that opportunity, that possibility,” Diaz said. “So, he’s going to get the surgery on his shoulder and it’s going to be Tyler Van Dyke’s team.”

Van Dyke has started each of Miami’s last two games and is in line to start again Saturday when the Hurricanes (2-3, 0-1 ACC) visit North Carolina (3-3, 2-3). The teams were the consensus top picks in the ACC’s Coastal Division race to start the season and have struggled since.

King, who was in his sixth college season — taking advantage of a redshirt year at Houston and the NCAA decision to give everyone an extra year of eligibility in response to playing through a pandemic last season — completed 66% of his passes in three games for Miami this season. He entered the year widely touted as one of the nation’s top dual-threat quarterbacks, is the most accurate passer in Miami history and has accounted for 111 college touchdowns, 76 of them passing, 32 more rushing and three receiving.

No player in college football over the last 20 years has had as many touchdowns in each of those categories.

“That guy, as you saw in the Michigan State game, would do anything to get back on the field and be able to play for us,” Diaz said.

It’ll be two major surgeries now for King in less than a year. He underwent surgery to rebuild the ACL in his right knee in January, after getting hurt in Miami’s bowl loss to Oklahoma State to end the 2020 season. King went through his rehab and didn’t miss a game, starting for the Hurricanes against Alabama on Sept. 4 when this season began.

The Hurricanes lost that game, then beat Appalachian State and lost to Michigan State in the game where King was injured. Van Dyke and Jake Garcia split the snaps in Miami’s win over Central Connecticut State; Garcia injured an ankle in that game, needed surgery and is out until at least November.

That means Miami — which started the year ranked No. 14 in the AP Top 25 and is now unranked — is now without two of its top three quarterbacks. Little-used redshirt freshman Peyton Matocha is the backup now to Van Dyke, who has completed 25 of 41 passes this season for 473 yards and four touchdowns.

King is a captain at Miami and was the unquestioned leader on and off the field for the Hurricanes. With him gone, combined with the 2-3 start, the task of salvaging the 2021 season is now only tougher.

“That D’Eriq King-sized hole in leadership is important as well,” Diaz said.