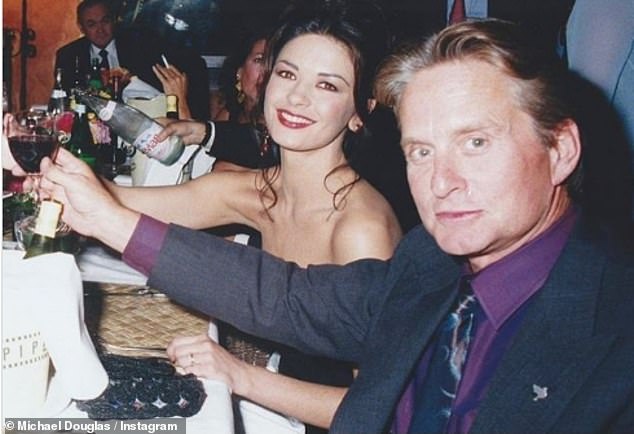 Michael Douglas and wife Catherine Zeta-Jones send each other well-wishes as they celebrate their shared birthday: ‘I just lucked out’

By Mark Mcgreal For Dailymail.Com


Michael Douglas and Catherine Zeta-Jones took to Instagram to publicly wish one another a happy birthday.

To acknowledge his wife’s special day, the Wall Street actor posted a throwback photo of the pair in 1998 on the night the two met at the Deauville Film Festival when he was still married to his first wife, Diandra Luker.

Birthday throwback: Michael Doulgas shared this picture of the night he and Catherine Zeta-Jones met to wish her a happy birthday 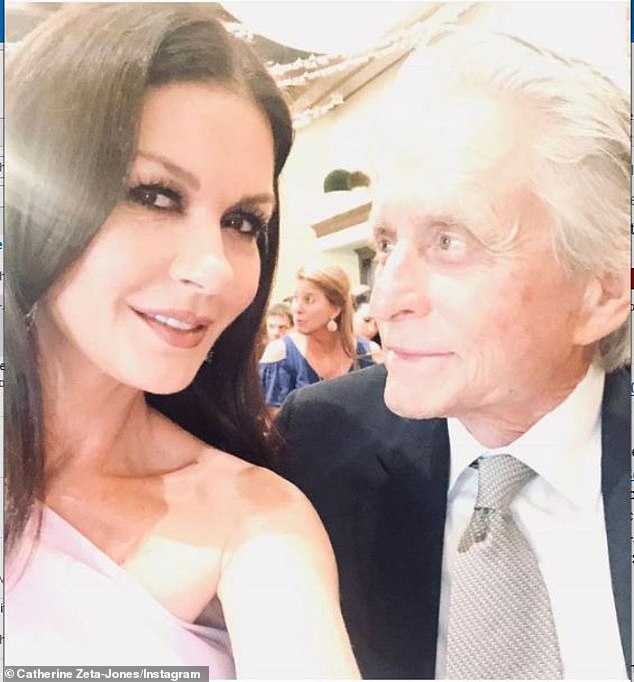 A look of adoration: Zeta-Jones shared this selfie of Douglas staring at her adoringly

In the photo, the Kominsky Method actor wore a black suit over a purple shirt and a multi-colored tie. His future wife sat to his right in a low-cut black dress.

The septuagenarian captioned the photo, ‘My first night meeting Catherine at the Deauville Film Festival in 1998. I found out that she had the same birthday as me–tadaah!

‘Then when I discovered she loved golf, I realized all my fantasies had come true. I’ve lucked out at this time in my life. I just lucked out. I’m so impressed by her intelligence, sense of humor and work ethic. Happy Birthday Catherine- I love you so much!’

His wife posted a more contemporary photo of the pair for her tribute. 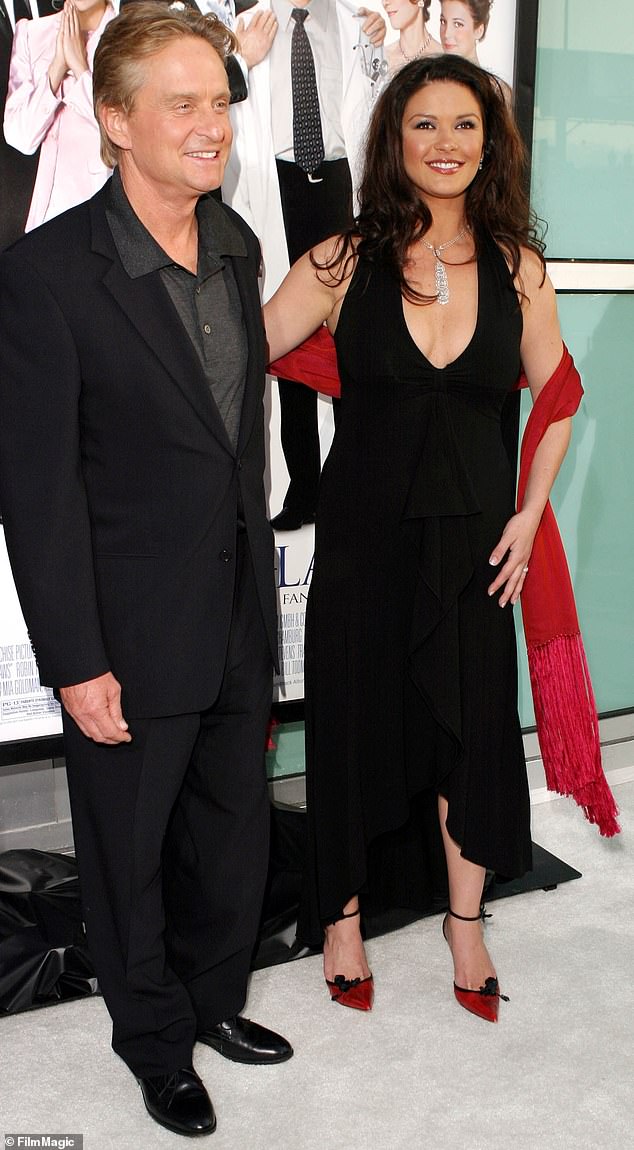 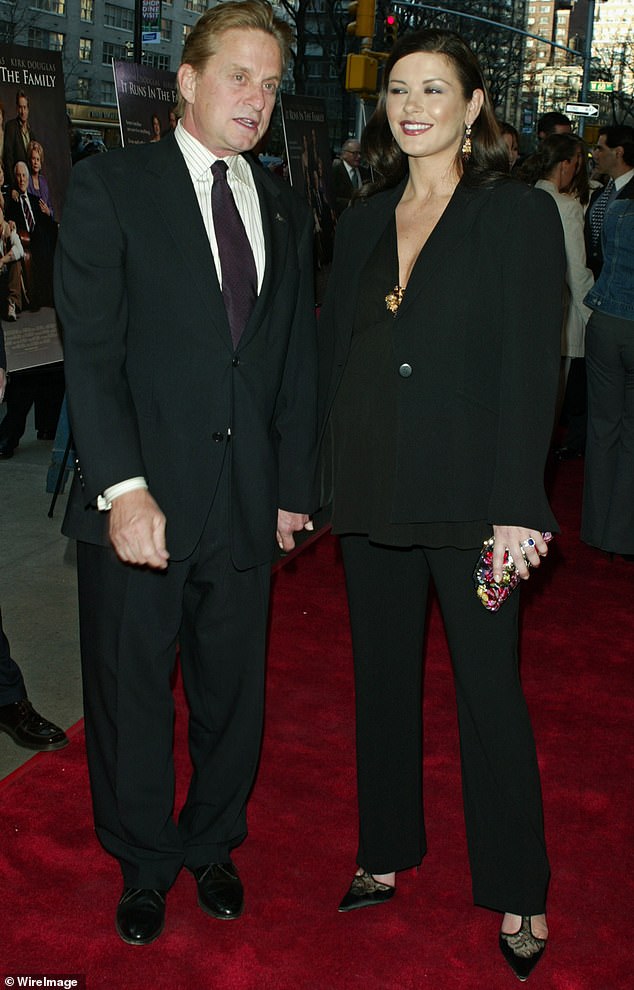 Still busy: The couple has kept busy in recent years which each appearing in high-profile projects

The selfie showed the two and while the Chicago actress smiled at the camera, her beau stared adoringly at her during the snap.

Though the two might take a day off to enjoy each other’s company, they will have to get back to their busy work lives soon after. 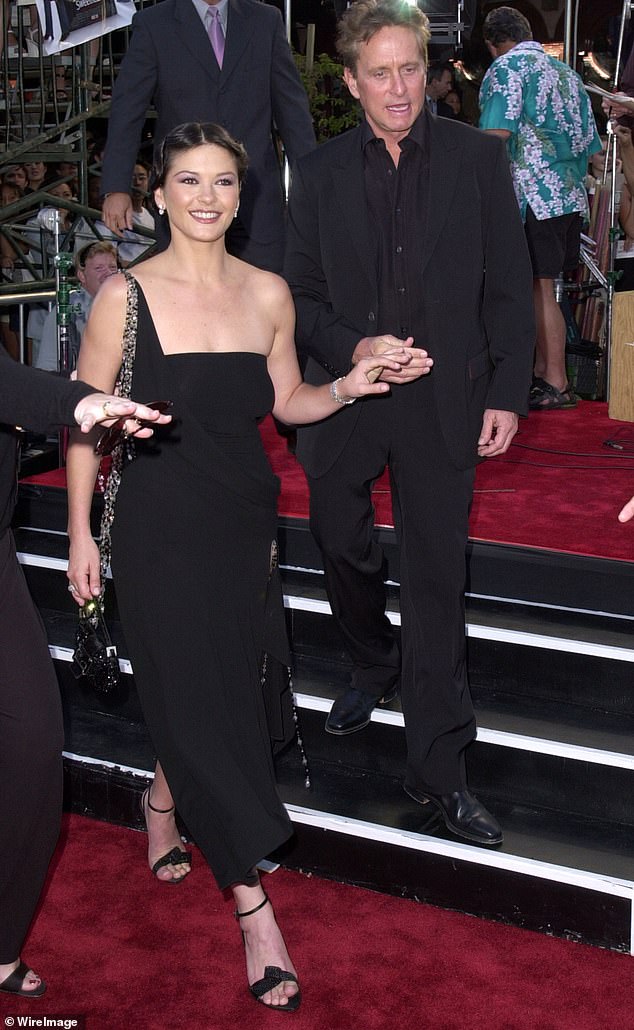 Empty-nesters: The couple, pictured in 2001, have the house all to themselves as both of their children now attend college

Douglas is currently filming the next installment in the Ant-Man series titled Ant-Man and the Wasp: Quantumania. He will also portray Ronald Reagan in an upcoming television miniseries.

As for Zeta-Jones, the actress will soon start filming for the Addams Family spin-off series Wednesday.

The show will follow a young Wednesday Addams as she begins to train with her psychic powers. Zeta-Jones will star as Morticia alongside Luis Guzman as Gomez and Jenna Ortega of You fame as the titular character.

The two stars are now empty-nesters as well. They have two kids, Carys Zeta Doulgas and Dylan Douglas, both of whom are in college.