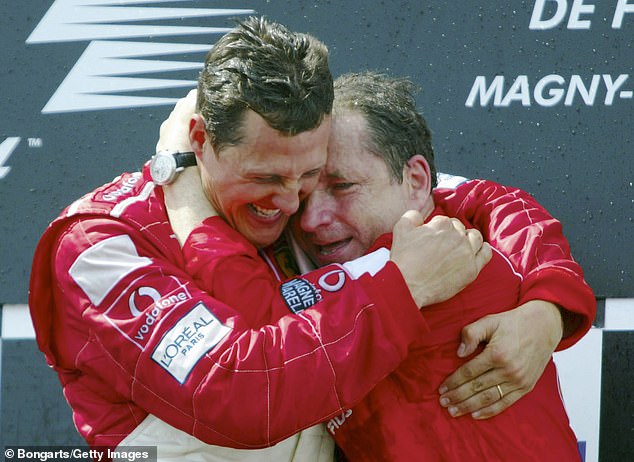 Michael Schumacher watches Formula One from his Switzerland home, reveals former Ferrari boss Jean Todt, who visits his old old friend twice a month and calls him ‘so strong’ – after accusing his family of ‘lies’ about his health

Michael Schumacher still has a vested interest in F1 and watches the sport at his home, ex-FIA president Jean Todt has revealed.

The legendary seven-time world champion suffered a skiing accident in December 2013 and was placed into a medically induced coma.

He was brought to the family’s Lake Geneva home in September 2014 where a team of medical staff now support his wife Corinna in looking after the 53-year-old.

Schumacher’s medical condition remains private at his family’s wishes, but Todt is still close to the German.

The pair enjoyed a successful relationship at Ferrari – where Schumacher won an unprecedented five consecutive world titles between 2000 and 2004.

And providing a rare update about Schumacher – who hasn’t been seen in the public eye since his accident – Todt said he visits him and watches F1 races together.

‘But sure, I guess what I miss is what we used to do together.’ 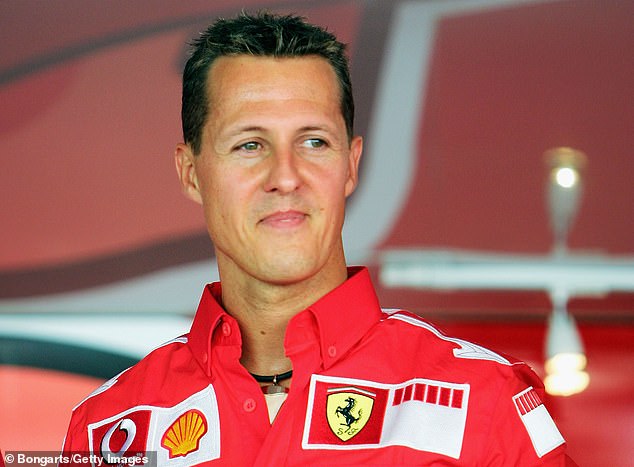 Todt, who revealed in May 2021 that he visits his former racer twice a month, declared his unwavering support for ‘strong’ Schumacher.

‘I don’t leave him alone. Him, Corinna, the family, we’ve had so many experiences together. The beauty of what we have experienced is part of us and it goes on.

‘Sometimes success and money changes you. But Michael has never changed. He’s so strong.’

On Wednesday, Todt joined Schumacher’s wife, Corinna, and daughter, Gina, to collect the State Prize of North Rhine-Westphalia in Cologne on behalf of the former Jordan, Benetton, Ferrari and Mercedes racer. 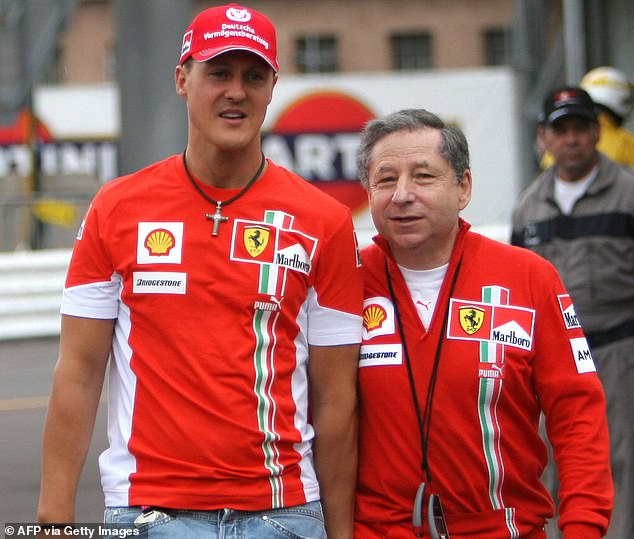 It is the highest civilian honour available to those born within the region and can be awarded to anyone who has made an outstanding contribution to the world.

The ceremony took place in Cologne, around six kilometres from Hurth, where Schumacher and his brother Ralf were born.

Schumacher’s son Mick is currently in F1, racing for Haas. 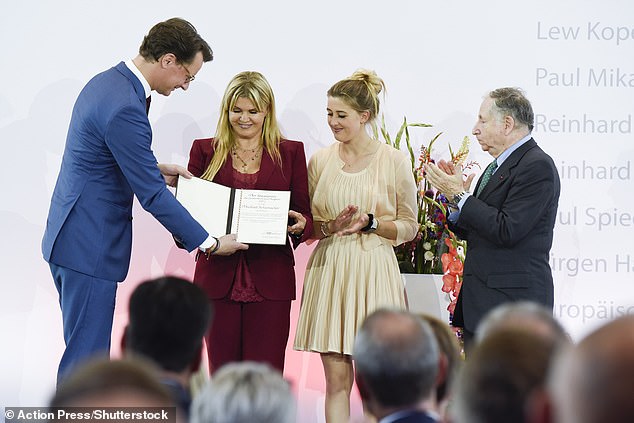