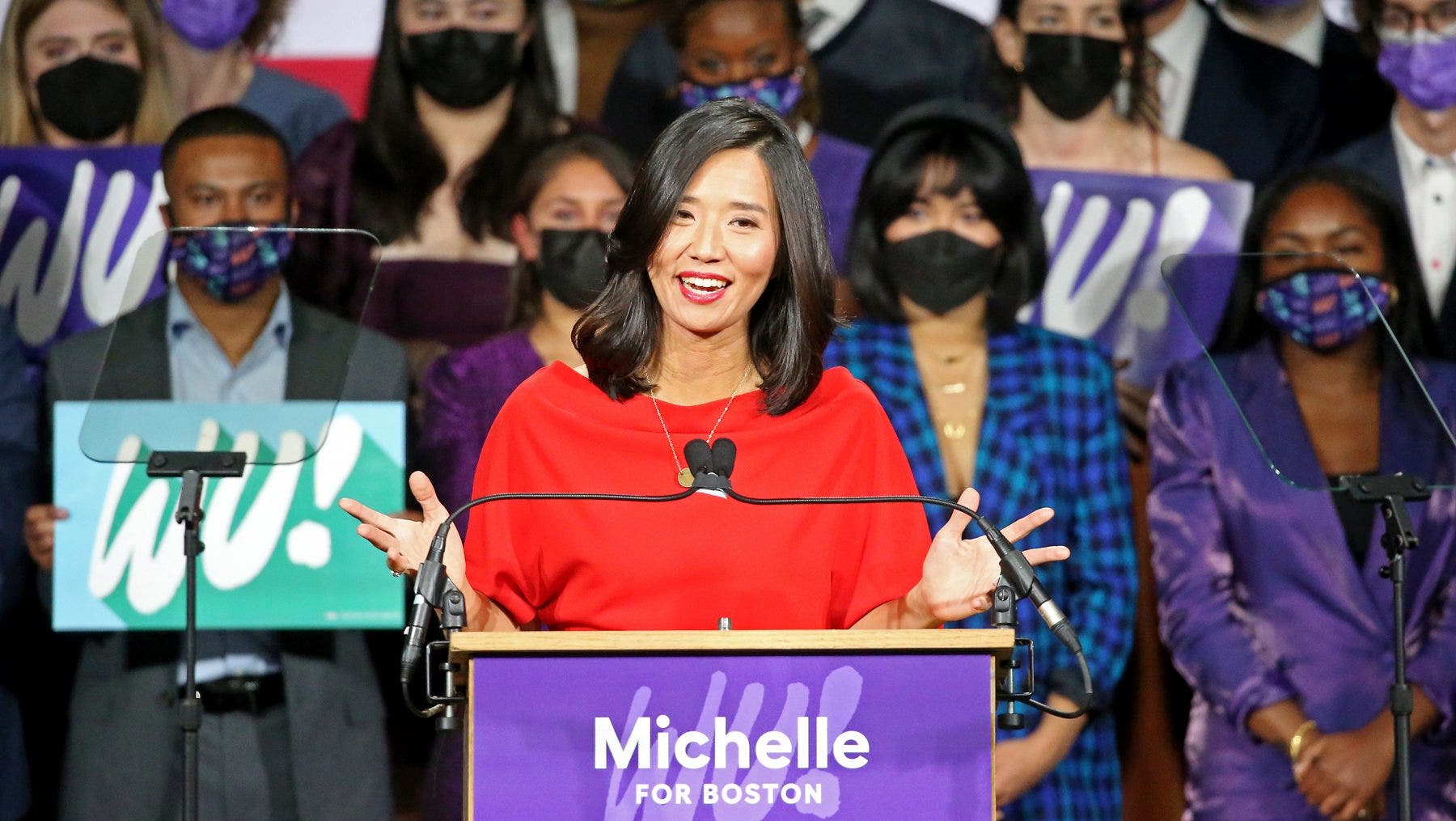 Wu, a 36-year-old who is also the first Asian American to hold the office, defeated a fellow Democrat, City Councilor Annissa Essaibi George, in the race.

Following her victory in the mayoral race, Michelle Wu is pictured with her children Blaise and Cass and her husband Conor in Boston on Nov. 2, 2021.
(Photo by Jim Davis/The Boston Globe via Getty Images)

In a message shared to Twitter last night, Wu offered thanks to those who voted for.

Wu, whose parents immigrated to America from Taiwan, is from Chicago and moved to Boston to attend Harvard University and Harvard Law School. Wu will assume the position from Janey on Nov. 16.

Michelle Wu thanks Acting Mayor Kim Janey for her efforts at a Get Out The Vote Canvass Kickoff in Boston on Election Day, Nov. 2, 2021.
(Photo by Jessica Rinaldi/The Boston Globe via Getty Images)

In a concession speech Tuesday night, Essaibi George recognized the historical aspect to Wu being elected.