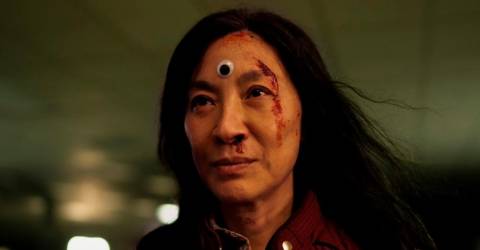 WHILE the bulk of her fame came from her performances in Hong Kong and Hollywood films, there is no denying that Michelle Yeoh has never been shy about reminding people of her Malaysian roots.

The 60-year-old star made headlines last week at the Golden Globes in Los Angeles for being the first Malaysian to take home an award from the star-studded gala, and the second Asian to win for best actress in the show’s history, following her critically-praised performance in Everything Everywhere All at Once. Her win means that Yeoh is also a favourite for the best actress award at this year’s Academy Awards in March.

During her Golden Globes acceptance speech, she spoke of her “amazing journey and incredible fight to be here”, sharing anecdotes about her struggle to be taken seriously as an actor in Hollywood due to her Asian heritage.

Congratulations also came from Malaysian fans, and even several politicians including Prime Minister Anwar Ibrahim. However, her win was not without some controversy.

One Hong Kong lawmaker earned the ire of Malaysian netizens when he referred to Yeoh as a “Hong Kong actress” while congratulating her.

Over the weekend, Yeoh herself appeared to try to put the issue to rest with an Instagram post thanking her supporters.

Yeoh began by expressing her gratitude for the “outpouring of love and congratulations from family friends around the world”.

She then thanked “my King and Queen and PM and leaders of Malaysia, my extended family in [Hong Kong and] in China”.

“My deepest gratitude,” she added. “That’s where my journey began as an actor which brought me to here today. [Thank you] for all [your] love and support, valuable lessons.”

Yeoh has also been nominated for best actress for the upcoming Screen Actors Guild Awards to be held on Feb 26.