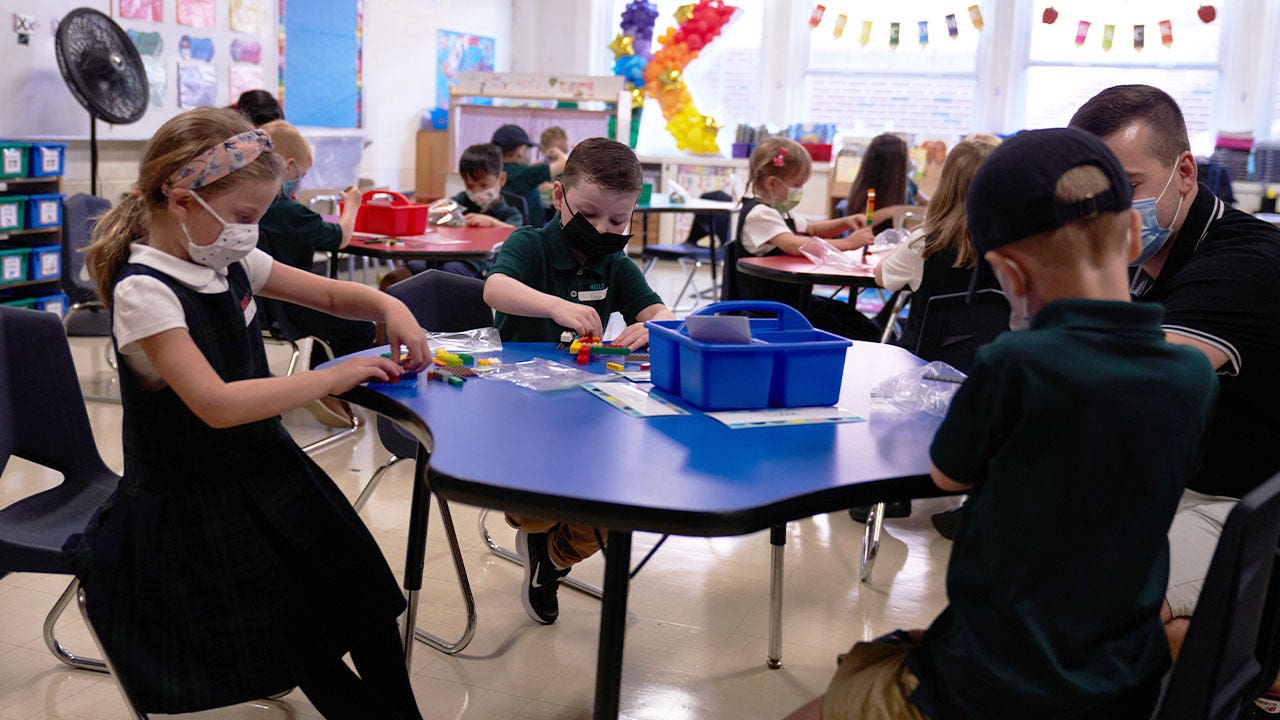 Michigan’s Republican-controlled House and Senate passed a bill to create what they call Student Opportunity Scholarships, drawing fierce resistance from Democrats who claim the bill is another attempt at a voucher system.

“In a voucher system… money is given to the Department of Treasury, then the Department of Treasury pays the schools through the vouchers,” Michigan state Rep. Phil Green, a Republican lawmaker who introduced the legislation, told Fox News. “This is different… no money is given to the treasury, the money goes directly to a student granting organization, and from there, the scholarships are for approved uses inside of education.”

The bill, which Gov. Gretchen Whitmer has vowed to veto, creates tax credits and deductions for businesses and individuals who donate to the scholarship fund, which would be used to give grants to students to use the money for approved educational expenses.

WHITMER’S CAMPAIGN MAY HAVE TO RETURN OR DONATE MILLIONS FROM EXCESS CONTRIBUTIONS, REPORT SAYS

Some of the approved uses for the grants include tutoring services, transportation assistance and help with costs associated with attending private schools.

But, Democrats argued the legislation was an attempted workaround to create a voucher system, something they said violated the Michigan Constitution’s ban on using public money on private education.

“The bill would reduce state revenue by as much as $500 million in the first year it was effective, with the potential for the revenue loss to increase 20% per year in later years,” according to an analysis conducted by the Senate Fiscal Agency.

But GOP state Rep. Jack O’Malley, who co-sponsored the legislation, argued that the bill was a way for the state to invest in the state’s children using private money, something he said Democrats should be able to get behind.

“It’s a new way, a different way, to invest in our kids,” O’Malley told Fox News.

“All my life, all I’ve ever heard from the Democrats is, ‘we’ve got to do this, it’s for the kids,'” O’Malley continued. “So, what’s the problem here? We’re trying to find a way to help kids, and I think this is a very targeted way.”

Green also took issue with the worries that the legislation would take money away from education. “We would actually be putting an additional $500 million into education,” he argued.

Gov. Gretchen Whitmer speaking in Lansing, in August 2020.
(Michigan Office of the Governor via AP, File)

Michigan Gov. Gretchen Whitmer already has signaled her intent to veto the legislation, saying it would divert “hundreds of millions” to “private institutions.”

“This legislation is a nonstarter,” a spokesperson for the governor, a Democrat, said Monday.

“The Michigan Constitution sets up a system of school funding designed to ensure the quality of free public education in Michigan. This legislation undermines that constitutional guarantee, permitting the diversion of hundreds of millions of taxpayer dollars annually to private institutions. Michiganders are tired of the attempts to force a Betsy DeVos-style voucher program that drain resources from our public schools,” the spokesperson went on.

But, O’Malley said he believed the Democrats’ opposition boiled down to politics.

“I would argue their opposition is a political maneuver because maybe the teachers’ unions don’t like it,” O’Malley said. “I think it makes a lot of sense because it gives the parent some say in the discussion.