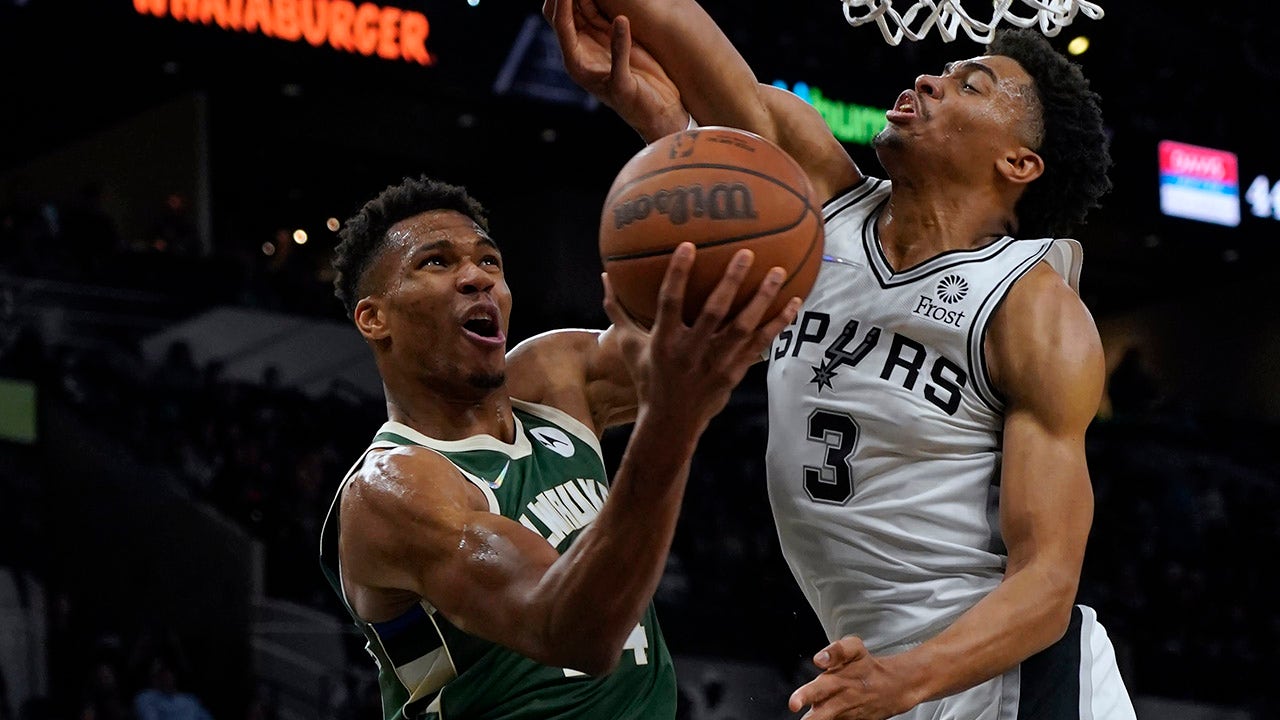 Coming off a 137-95 loss in Miami on Thursday, the Bucks were able to stave off a series of rallies from the young Spurs.

“Just find a way to bounce back,” Middleton said. “It’s just how you adjust, how you respond to that. I think tonight, for the most part, the effort was in the right place.”

Doug McDermott had a career-high seven 3-pointers and scored 25 points, and Keldon Johnson added 20 for San Antonio. The Spurs have lost two straight, including 102-96 defeat in Denver on Friday night, after a season-opening victory at home over Orlando.

The Bucks deflected several runs by the Spurs in securing their second double-digit victory. Every Milwaukee starter scored in double figures, and George Hill added 15 points off the bench.

After the Spurs rallied within 109-95, Pat Connaughton hit consecutive 3-pointers to give the Bucks a 115-95 lead with three minutes remaining.

Connaughton finished with 16 points in 37 minutes and played center at times when Antetokounmpo had to sit with foul trouble.

“He does everything for us,” Milwaukee coach Mike Budenholzer said. “Playing him 37 this early in the season, that’s tough. He’s going to need to be in the ice bath for the next couple of days before we play Monday.”

Hill and Jordan Nwora gave the Bucks a needed lift off the bench, while Holiday was on a minutes restriction. Nwora finished with seven points, six rebounds, two blocks and an assist in 21 minutes.

Holiday finished with 16 points in 25 minutes.

San Antonio struggled from long distance for the second straight game, shooting 10 for 39 (25.6%).

The Bucks went on an 11-2 run after the Spurs pulled within 91-90 on Devin Vassell’s 11-foot jumper 2 minutes into the final quarter. San Antonio committed a turnover and were charged with a clear path foul during the run.

Bucks: Milwaukee center Brook Lopez missed his second straight game with an injured back. Coach Mike Budenholzer said the 14-year veteran would not play Monday in Indiana as the Bucks close a three-game trip. … Nwora picked up his second block of the season in the first half, sprinting down the court after a turnover, blocking an attempted layup by Tre Jones. Nwora swatted the attempt against the backboard to prevent what seemed a sure basket. Nwora swatted Jakob Poeltl’s short jumper with 3 minutes remaining in the first half for his third block.

Spurs: Lonnie Walker IV was assessed a flagrant foul against Antetokoumpo in the final minute of the first half following a video review. Antetokoumpo fell to the court after Walker yanked at his left arm from behind as the Bucks’ All-Star drove past him to the rim. Walker extended his hand after the play, but Antetokoumpo refused the help and instead waited for two teammates, even as Walker continued to hold his right hand out. … Bryn Forbes’ 3-pointer with 5 minutes left in the third quarter accounted for his first points since Game 3 of last season’s NBA Finals, when he was with Milwaukee. … San Antonio has had a different leading scorer in each of its first three games.

Middleton passed Ray Allen for the top 10 in franchise scoring.

“Definitely pretty cool,” Middleton said. “I’m pretty sure he got it a lot quicker than I did.”

Middleton has 9,697 points in nine seasons with the Bucks.

Bucks: At Indiana on Monday.