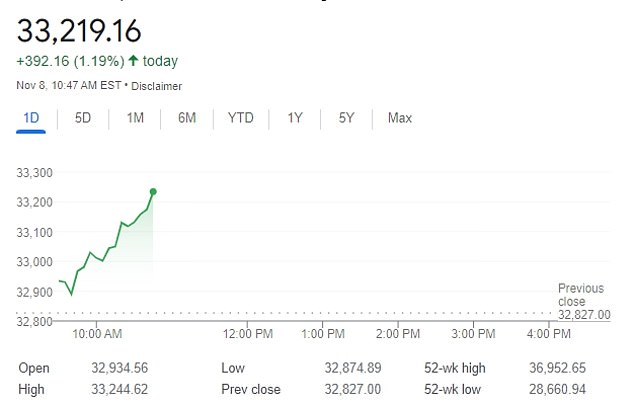 Wall Street embraced the prediction of a red wave ahead of Tuesday’s midterms, with the Dow increasing for the third consecutive day after months of depressed rhetoric and recession fears.

Shares rose throughout the day before the closing bell, when the Dow closed at 33,166 – 336 points higher than yesterday’s close.

The economy has emerged as key issues in the midterms, with a recent ABC News/Washington Post poll finding 80 percent of likely voters listed the economy as a top issue in their vote for Congress.

Soon after the opening bell, the Dow Jones Industrial average rose 115 points, or 0.35 percent, to 32,953. A five-day view of the Dow is seen above. It rose throughout the day to nearly  400 points around noon 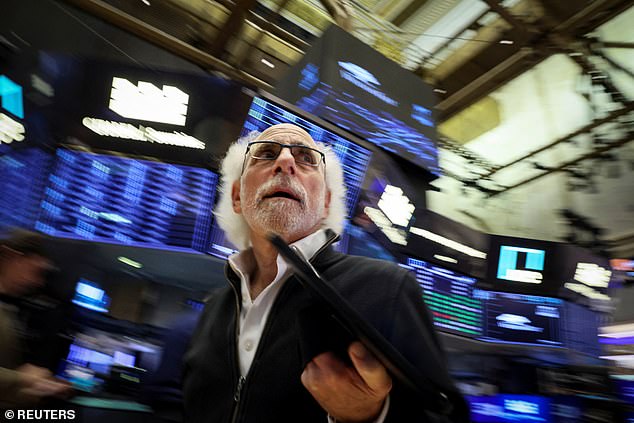 Traders work on the floor of the New York Stock Exchange on Monday. Markets are positioned for relative calm, but surprises in the election could roil Wall Street

Many pundits and pollsters are predicting a Republican success that would likely bolster the market.

But a surprise victory by the Democrats could throw the markets for a loop, potentially bringing to the fore concerns about tech-sector regulation as well as budget spending that could buoy already-high inflation, according to market participants.

Analysts said a calendar full of closely watched macroeconomic events such as last week’s Federal Reserve meeting and U.S. consumer price data later this week have left traders less focused on the vote than might normally be the case.

With investors’ election-related hedging comparatively light, ‘any surprise would probably be exacerbated by thin markets and the relatively high volatility landscape that we are looking at right now,’ said Chris Murphy, co-head of derivatives strategy at Susquehanna International Group.

Options positioning implied a 1.5 percent decline in the S&P 500 on the day after the vote should Democrats pull off a stronger-than-expected showing, according to Tom Borgen-Davis, head of equity research at options market making firm Optiver.

A ‘big Democratic win could be taken negatively for the tech sector just given they are more likely to bring in regulations in the sector, relative to Republicans,’ Borgen-Davis said.

That said, options traders do not seem to be positioned for fireworks.

For example, open puts on the Nasdaq 100-tracking PowerShares QQQ Trust’s options, typically used for defensive positioning, outnumber calls, usually employed for bullish wagers, 1.4-to-1, one of the smallest margins since mid-June, according to Trade Alert data.

Meanwhile, the Cboe Volatility index, known as Wall Street’s fear gauge, fell on Monday to close at a near two-month low. The SPX rose 0.96 percent but is still down 20 percent for the year.

Strategists at Morgan Stanley including Mike Wilson wrote on Monday that a Democratic win could send Treasury yields higher and strengthen the dollar, reflecting the view that higher fiscal spending could exacerbate inflation and force the Fed to raise rates higher than expected.

‘Markets could assign a higher probability to further fiscal expansion, with Congress and the Fed effectively pulling in opposite directions on inflation,’ Morgan Stanley’s analysts wrote.

On the other hand, a clean sweep by the Republicans could increase the chances of a Republican spending freeze, boosting Treasuries and supporting the most recent rebound in U.S. stocks, which has sputtered this month, according to Morgan Stanley.

At the individual stock level, certain names have the potential for higher election-related volatility, strategists at Goldman Sachs said in a note earlier this month.

For instance, revenue at iHeartMedia Inc Fox Corp, Paramount Global and Meta Platforms Inc could potentially get a short-term boost from ad-related spending around midterm elections, according to the report. 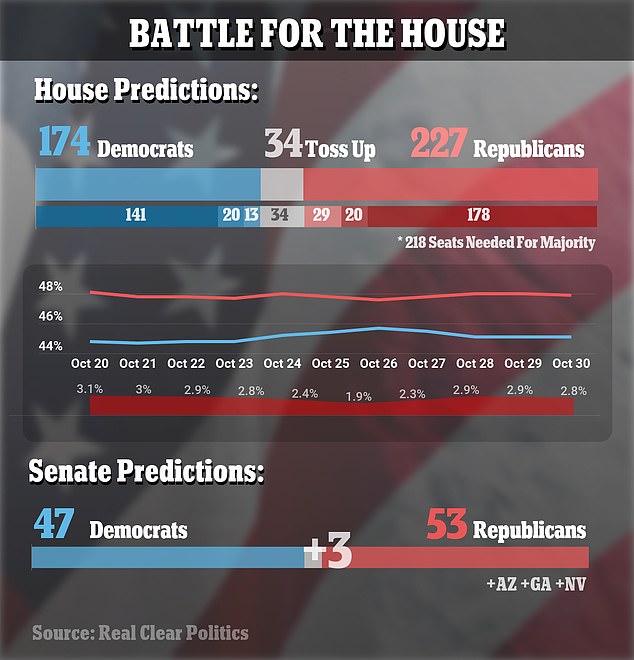 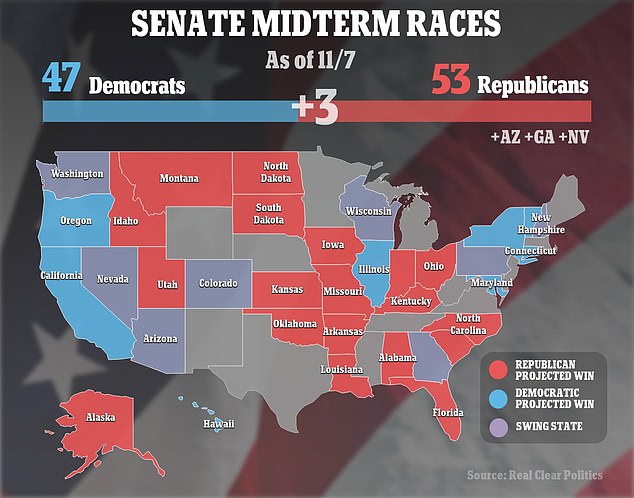