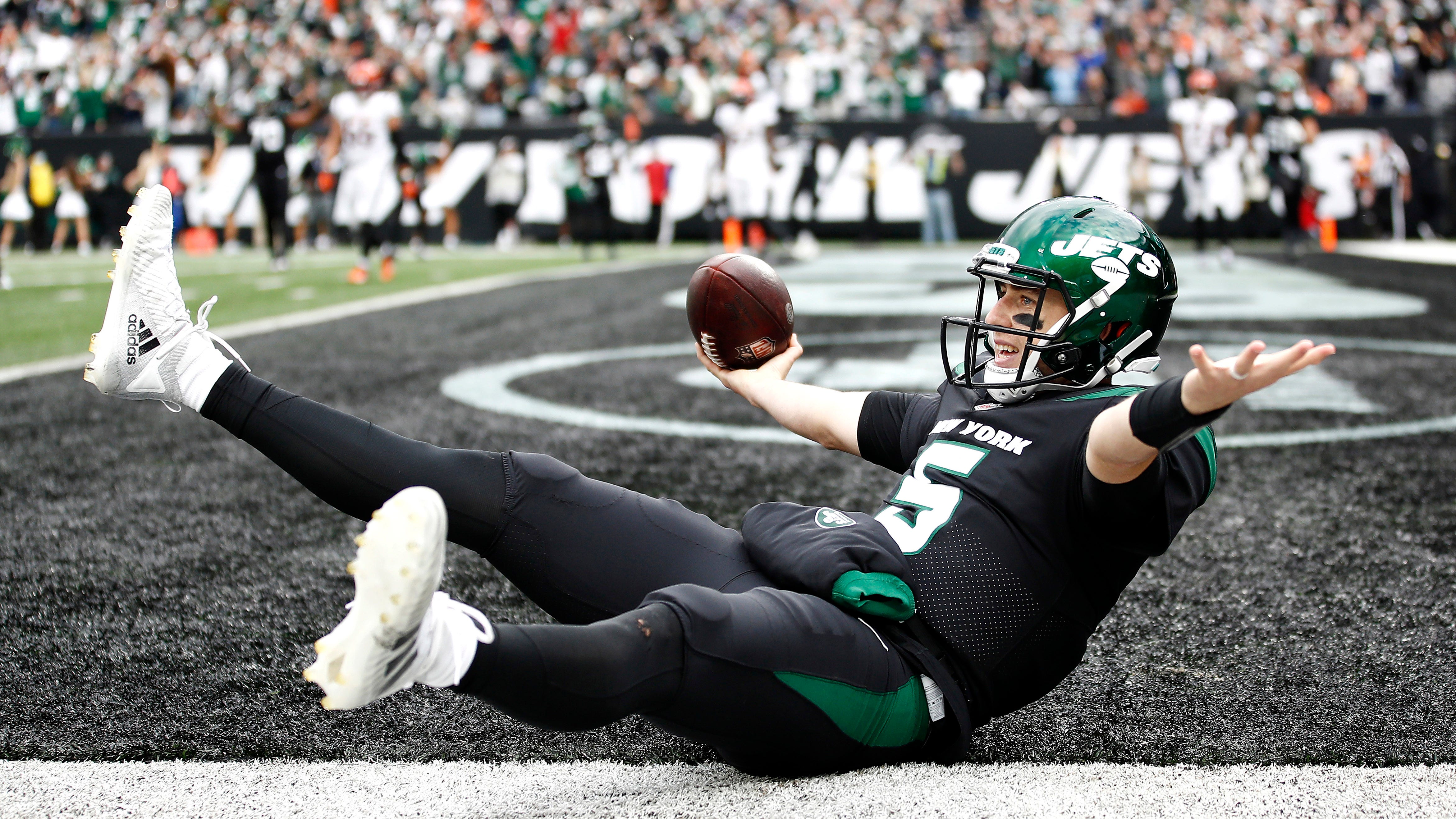 Backup quarterback Mike White gave the New York Jets offense the boost it needed Sunday with a historic performance to lead the Jets to a 34-31 win over the Cincinnati Bengals.

White, who started in his first NFL game in place of injured Zach Wilson, completed 37 of 45 passes for 405 yards and three touchdowns, becoming the first Jets quarterback since Vinny Testaverde in 2000 to throw for 400 yards.

“It was a complete group effort, not only on the offensive side but the defensive side … I just think the plays that were made on both sides of the ball is what ended up helping us win,” White told CBS Sports after the game.

Mike White (5) of the New York Jets makes a throw during the fourth quarter against the Cincinnati Bengals at MetLife Stadium Oct. 31, 2021 in East Rutherford, N.J.
(Sarah Stier/Getty Images)

“It’s what you dream of when you’re a little kid — to be able to compete at the highest level and not only compete but win with your guys. It’s just awesome. When you’re going in the huddle with 10 other grown men looking at you and trusting you, it’s awesome. I can’t describe it besides that.”

White threw two interceptions but set the league record for most completions in a player’s first start.

The Bengals held a 31-20 lead in the fourth quarter, but Ty Johnson’s dance with the sideline for a touchdown gave the Jets a chance to come back. Minutes later, Shaq Lawson deflected a pass from Joe Burrow for New York’s first interception of the season leading to another touchdown to give the Jets a one-point lead.

With less than four minutes left, White opted for a two-point conversion, handing the ball off to Elijah Moore, who flipped it to Jamison Crowder. Crowder threw to White in the end zone for the score.

On a critical 3rd-and-11, the Bengals’ Mike Hilton was called for unnecessary roughness, giving the Jets a first down and a chance to run the clock out.

Mike White (5) of the New York Jets celebrates after catching the ball for a two-point conversion during the fourth quarter against the Cincinnati Bengals at MetLife Stadium Oct. 31, 2021 in East Rutherford, N.J.
(Sarah Stier/Getty Images)