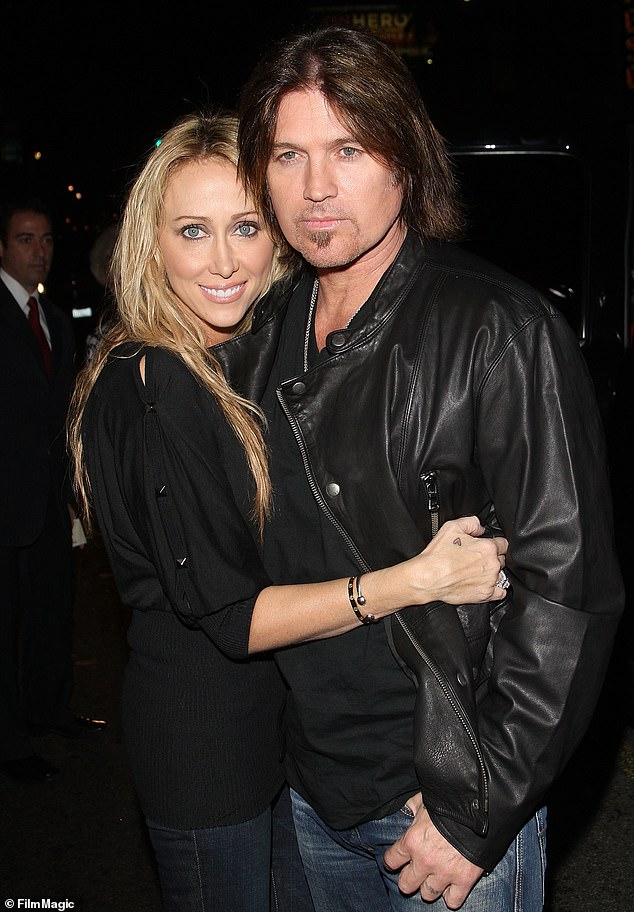 Tish, 54, filed in Tennessee last week citing irreconcilable differences, according to a Monday report from TMZ.

In a joint statement obtained by PEOPLE, the pair confirmed the divorce, saying: ‘We go our separate ways with love in our hearts.’

The couple have five children together, including chart-topping singer Miley Cyrus and budding singer Noah Cyrus, but all are adults so there will be no child custody battle.

This is the third time one of them has filed for divorce. 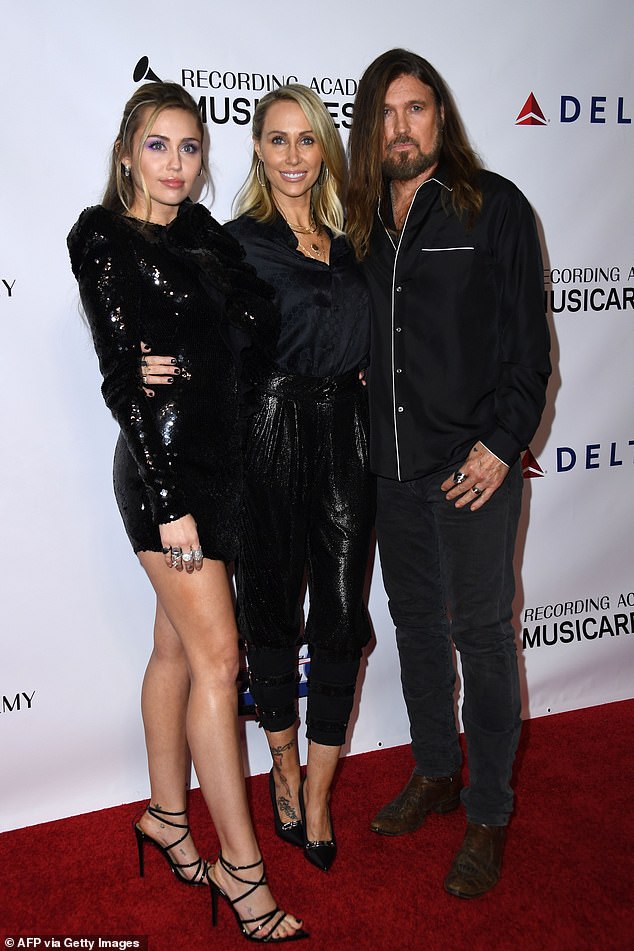 The Cyrus family: The couple have five children together, including chart-topping singer Miley Cyrus, but all are adults so there will be no child custody battle. From left, Miley, Tish and Billy in 2019

‘It is after 30 years, five amazing children and a lifetime of memories, we have decided to go our separate ways – not with sadness, but with love in our hearts, their joint statement reads.

‘We have grown up together, raised a family we can be so proud of, and it is now time to create our own paths.’

‘We will always be family and look forward to a continued and loving shared experience as friends and parents.

The statement finished: ‘We have not come to this decision lightly or quickly but with so much going on in the world, we wanted to provide some clarity and closure, so we can remain focused on what is important. With Love and Hope… Tish and Billy Ray Cyrus.’

Meanwhile, in the court documents that have been seen by the site, Tish noted that she and Billy Ray have not lived together in over two years.

The last time they were photographed together on a red carpet was in 2019 at the Grammy Awards. Inside the event they held hands and appeared affectionate with each other.

And the last time Tish and Billy Ray were photographed together was in 2020.

He was absent from the family’s Christmas photos as well, which was a signal to fans that things were on the rocks between the lovebirds. 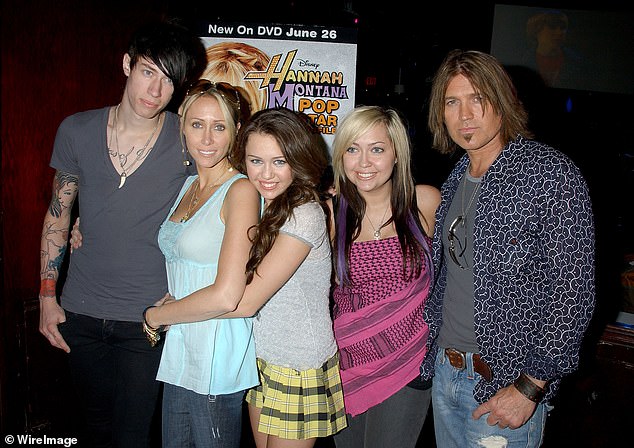 Some of the kids: from left, Trace Cyrus, Tish Cyrus, Miley Cyrus, Brandi Cyrus and Billy Ray Cyrus seen in 2007

Tish has reportedly already outlined how she wants the money divided up.

According to the site, Tish has asked that the marital assets be equally distributed. Celebrity Net Worth has claimed in the past that Billy Ray’s wealth is in the $20 million range. 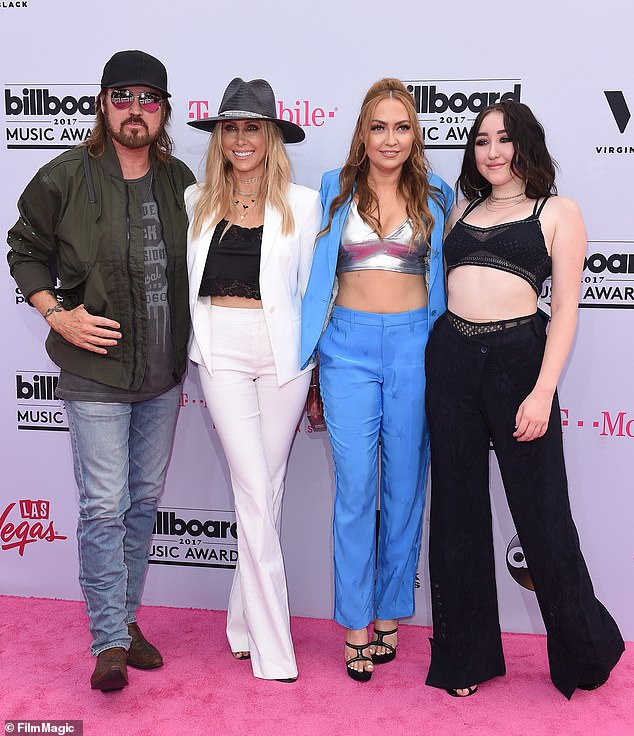 Third time: This is not the first time they have talked divorce. Billy Ray filed for divorce in 2010, but then he changed his mind. In 2013 she filed for divorce but she backed down from the idea within months. From left, Billy Ray, Tish, Brandi and Noah in 2017

When Tish and Billy Ray got married in 1993 they were in their 20s and his career as a country music singer was taking off.

He went on to make 16 studio albums with 53 singles in all. His biggest hit was the catchy Achy Breaky Heart from 1992.

When he acted on the Disney show Hannah Montana with his daughter Miley, she became the breakout star, eclipsing her dad. The show was on the air from 2006 until 2011.

He also has son Christopher Cody, 30, with ex Kristin Luckey. 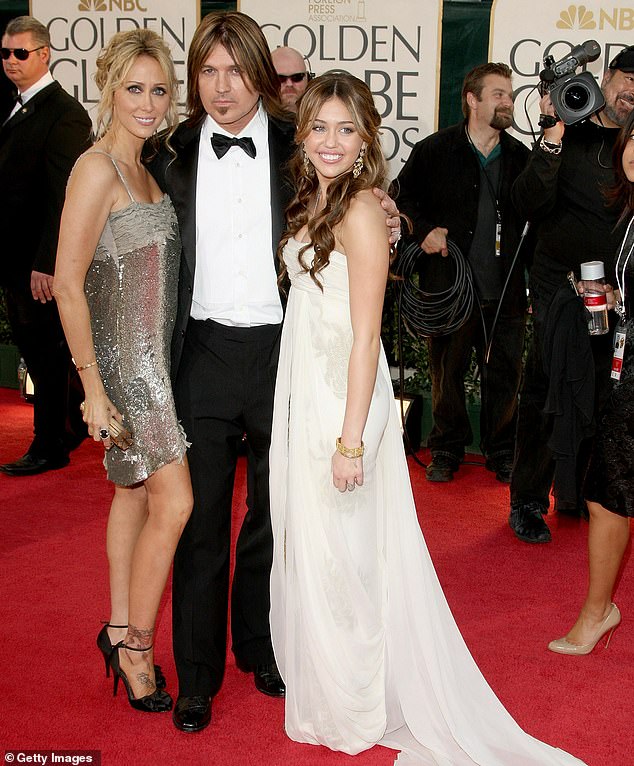 They go way back: When Tish and Billy Ray got married in 1993 they were in their 20s and his career as a country music singer was taking off. Seen in 2009 with Miley

In the past, Tish – whose birth name is Leticia Jean Finley – has said that marriage can be difficult.

‘I do think that marriage is hard work,’ said the matriarch.

‘And I think a lot of people, when you go through struggles and difficult times, that people throw in the towel a little too easy.

‘And I think that any relationship — whether it’s marriage or family, it doesn’t matter — it’s you truly do have to take care of it and nurture and really work hard at relationships. And that’s not always easy, especially in the business that we’re in. So I think it’s a lot just dedication and communication, which I’m not very good at.’

And Billy Ray told UsWeekly after his last split from Tish in 2013: ‘We both woke up and realized we love each other and decided we want to stay together. We both went into couples therapy something we haven’t done in 22 years of being together, and it’s brought us closer together and really opened up our communication in amazing ways.

‘Tish also said marriage can be really hard especially after 22 years of being in entertainment. We’ve had rough times but we both realized we didn’t want to be another statistic and wanted to make it work.’ 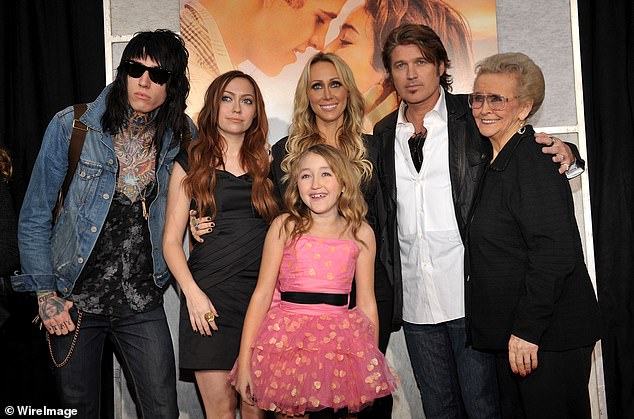